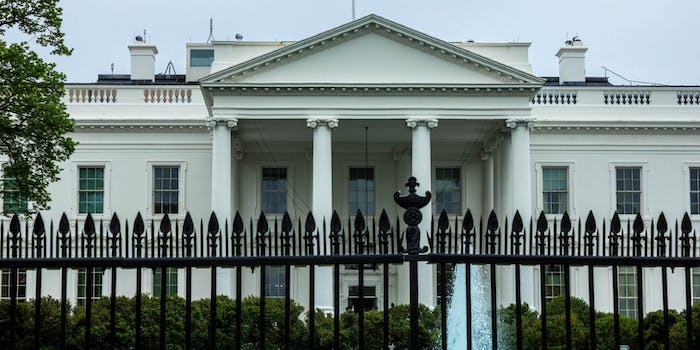 No, protesters didn’t break into the White House

Another prominent government building was taken over by protests.

The clip, which comes amid protests over the death of George Floyd, was posted to Twitter and racked up more than 1 million views, 69,000 likes, and tens of thousands of retweets by early Saturday afternoon.

Protesters can be seen breaking windows and storming a building that bears resemblance to the White House. A caption on the video also states “THEY BROKE INTO THE WHITE HOUSE.”

But the building in question is not the home of the president. In fact, the building featured is not even in the nation’s capital.

The video actually shows the Ohio Statehouse, which was overrun with demonstrators on Thursday evening.

The Capitol Square Review and Advisory Board, which maintains the property, confirmed that 28 windows had been destroyed during the incident.

While the original video did not come from D.C., the White House has been met with protesters of its own.

The Secret Service clashed with demonstrators outside the White House on Friday evening, leading President Donald Trump to issue numerous bizarre tweets on the incident.

“Big crowd, professionally organized, but nobody came close to breaching the fence,” Trump said. “If they had they would have been greeted with the most vicious dogs, and most ominous weapons, I have ever seen.”