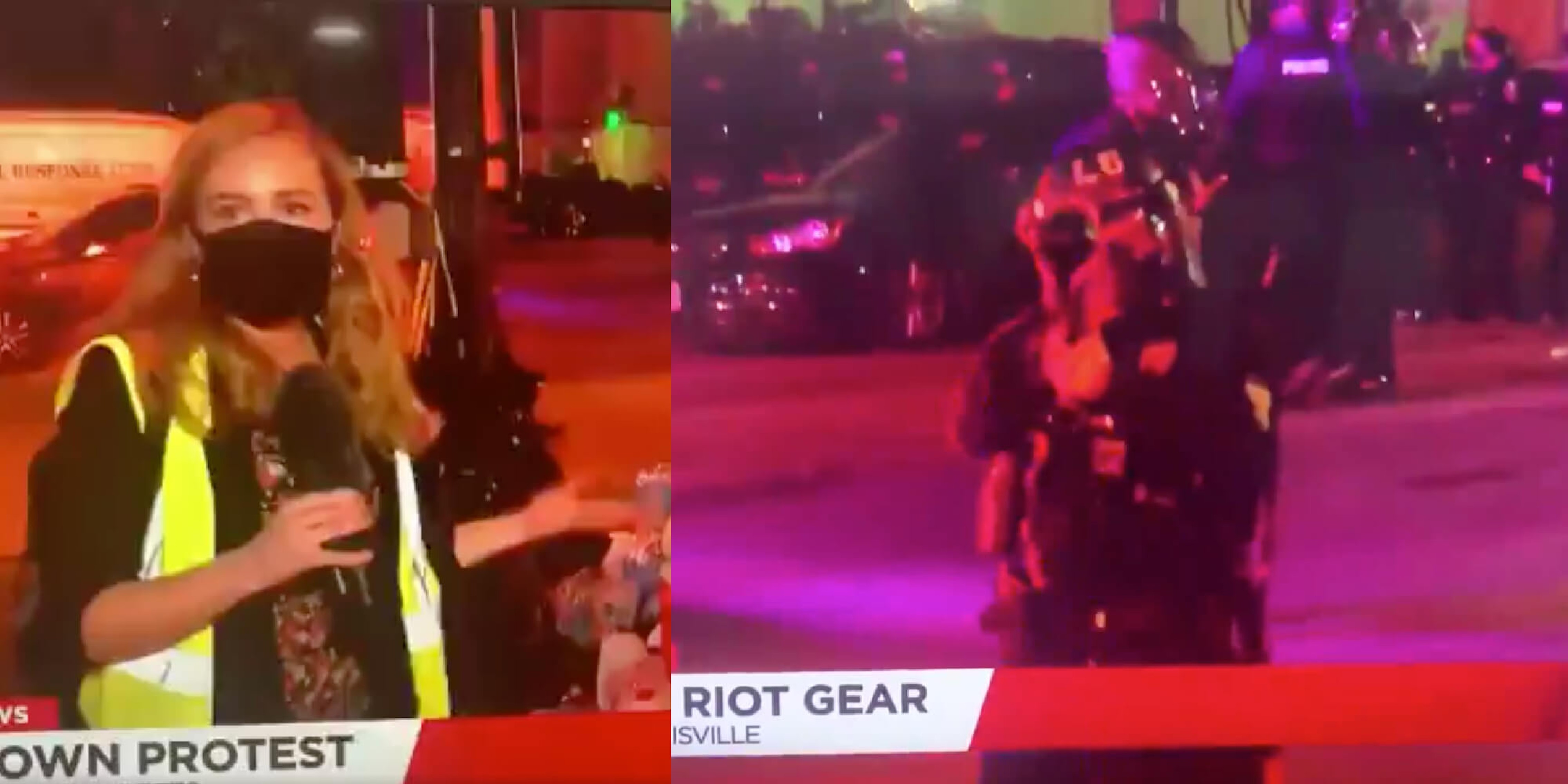 At one point in the video, the officer can be seen pointing the gun directly at the camera.

After a CNN correspondent was arrested on Friday while covering the protests against systematic racism and police brutality, a video has emerged of another reporter being shot at with pepper balls by police.

Kaitlin Rust, a reporter for CBS affiliate WAVE 3 News, was covering protests in Louisville, Kentucky, on Friday night, according to the Hill. In the video, which was posted to social media, Rust can be heard screaming and yelling out, “I’m getting shot!”

Rust seems to find comfort in the realization that the bullets are merely pepper balls, which contain pepper spray-like chemicals in pellet form. “It’s OK. It’s those pepper bullets,” she says.

The officer shooting Rust can be seen pointing the gun directly at the camera. The news host watching it all unfold from the studio asks Rust, “Who are they aiming at?”

“At us, directly at us,” Rust says. The officer was also shooting the cameraman. “They’re shooting at our crew,” another anchor adds.

People online were shocked to see the footage, with one viral tweet calling the officer a “douchebag” and another saying, “Police literally opening fire on the free press.”

On Friday, Omar Jimenez, a Black CNN correspondent, was arrested during a live broadcast while covering the protests in Minneapolis. The incidents are raising questions about the current state of press freedom in the U.S., as both reporters were lawfully exercising their First Amendment rights.