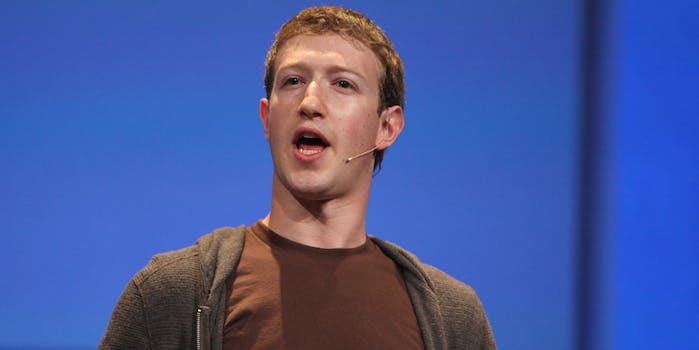 'I'm responsible for what happened here.'

The House Energy and Commerce Committee has released Mark Zuckerberg’s opening statements two days ahead of his testimony. As expected, the CEO will take responsibility for failing to protect user data and outline the changes Facebook is making to prevent another scandal.

“It’s clear now that we didn’t do enough to prevent these tools from being used for harm as well,” Zuckerberg says in the prepared statement. “That goes for fake news, foreign interference in elections, and hate speech, as well as developers and data privacy. We didn’t take a broad enough view of our responsibility, and that was a big mistake. It was my mistake, and I’m sorry. I started Facebook, I run it, and I’m responsible for what happens here.”

The testimony, essentially a compilation of the statements we’ve heard from Facebook execs up to this point, addresses both the Cambridge Analytica scandal and Russian election interference. Facebook has faced strong criticism after the public learned it allowed a political data firm to exploit the personal information of 87 million users. Lawmakers, some who believe Facebook should be government regulated, will turn to Zuckerberg for answers on how the scandal unfolded and what it’s doing to mitigate the damages and stop further breaches.

While the hearings are a response to Facebook’s ongoing data scandal, lawmakers will likely press Zuckerberg on Facebook’s role in election meddling. Facebook, along with Twitter and Google, already testified before Congress last year, but the extent to which Russian trolls spread misinformation has ballooned in the past few months. The questions in the previous testimony were also filtered through the companies’ attornies, not asked directly to their CEOs.

“My top priority has always been our social mission of connecting people, building community and bringing the world closer together. Advertisers and developers will never take priority over that as long as I’m running Facebook,” Zuckerberg added.

You can read his full testimony here.