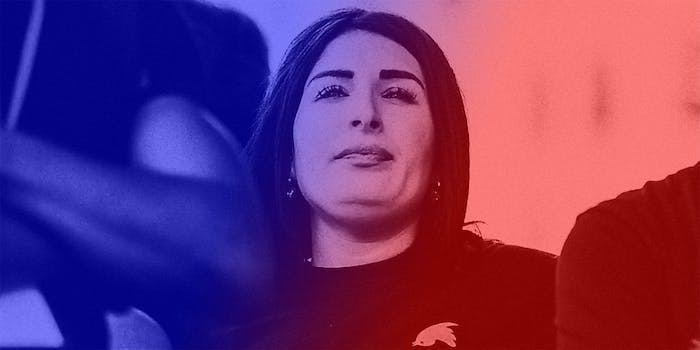 Republicans accusing social media companies of censoring them and suppressing their views has become something of a trend in recent years. Several, like Loomer and PragerU, which sued Google, have filed suit after their accounts were restricted or banned. Loomer has been suspended by nearly all major social media companies.

These cases have been overwhelmingly unsuccessful, as courts have time and again held that companies are broadly entitled to ban and suspend users at will. The First Amendment, which many conservatives cite when complaining about platforms like Facebook and Twitter, doesn’t apply to private companies’ policing content on their sites.

Accordingly, legal analysts overwhelmingly agree that there’s little chance of a lawsuit like Loomer’s succeeding. Be they brick and mortar or internet-based, companies are largely privileged to deny service, even for arbitrary reasons, so long as they don’t discriminate against protected classes, such as racial or religious minorities, the elderly, or the disabled. Political views are not a protected class.

Nevertheless, until recently, Loomer and Klayman were expressing confidence in their case.

Last month, Loomer noted that the court had again rescheduled its review of the case, which her attorney took as a positive sign.

“We trust that this means that the High Court is taking our virtually important case seriously in making a reasoned decision whether to take it up for full court review,” Klayman reportedly said in a statement. “Given the rampant and very destructive Cancel Culture that now pervades our body politic, this is a major case for Supreme Court review.”

The Supreme Court’s dismissal of the suit implies that confidence was misplaced.

People on social media were largely amused and relieved by the news.

Loomer did not immediately respond to request for comment.