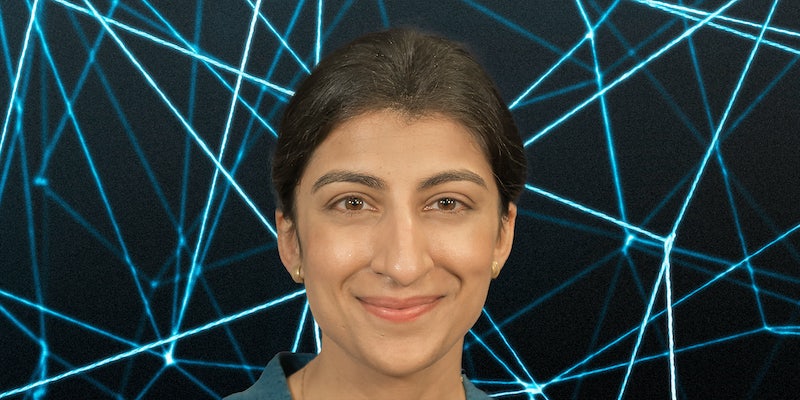 Khan said the FTC could use rulemaking to address a host of issues.

Federal Trade Commission (FTC) Chair Lina Khan said the commission will use its “full suite of tools” to combat a number of big tech issues like data privacy, lax security, and algorithmic discrimination.

Khan outlined her goals in a letter to Sen. Richard Blumenthal (D-Conn.), who was one of several lawmakers who urged the FTC earlier this year to start a rulemaking process that would “protect consumer privacy, promote civil rights, and set clear safeguards on the collection and use of personal data in the digital economy.”

In their letter to the chair, the lawmakers said action was needed because consumer privacy in the U.S. had become a “consumer crisis.”

In her letter to Blumenthal, Khan—a noted critic of big tech who has broad support from progressives—said that she shared the lawmaker’s concerns about commercial surveillance and pledged to have the FTC “protect Americans from unfair or deceptive practices online.” The letter was provided to the Daily Dot by Blumenthal’s office.

“Rulemaking may prove a useful tool to address the breadth of challenges and harms that can result from commercial surveillance and other data practices,” Khan wrote. “Critically, rules could establish clear market-wide requirements and address potential harms on a broader scale.”

She continued by noting that the pandemic made it a “particularly urgent and opportune time” for the FTC to look at how they can “update our approach” to tackle data privacy and security issues.

Many experts have said they hoped that the FTC would use its rulemaking authority more in the coming months and years. Over the summer, a coalition of nearly 50 civil rights, internet rights, and other groups urged the agency to step in and curb “unfair and deceptive” data collection and surveillance practices by big tech giants.

Those groups specifically asked the FTC to use rulemaking to ban corporate use of facial recognition technology, surveillance in public, and “industry-wide data abuse.”