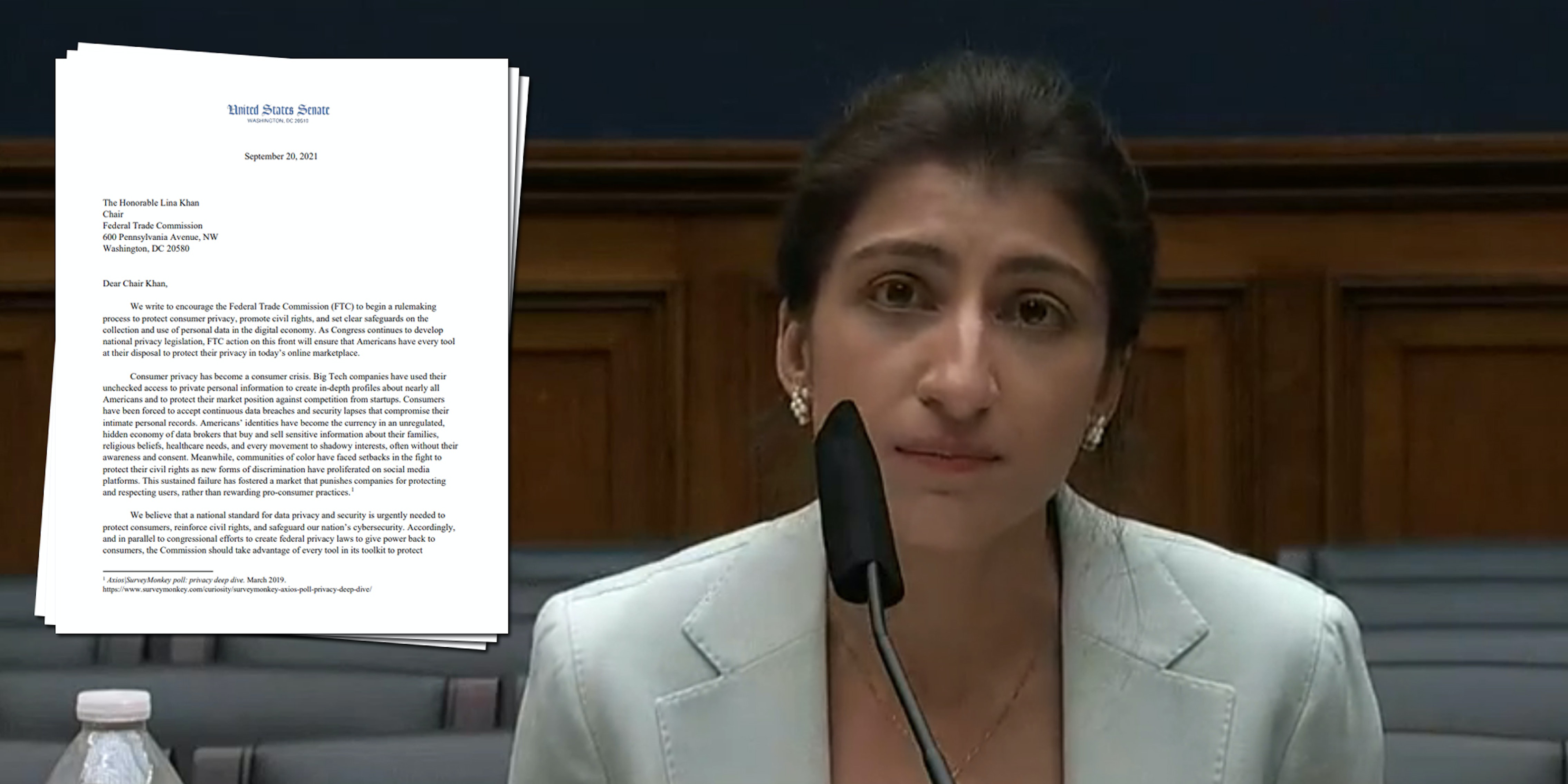 'The commission should take advantage of every tool in its toolkit to protect consumers’ privacy.'

A group of Democratic senators are urging the Federal Trade Commission (FTC) to start a rulemaking process that would strengthen consumer privacy in regards to big tech’s data practices.

Specifically, the senators asked FTC Chairwoman Lina Khan to start a rulemaking process that would “protect consumer privacy, promote civil rights, and set clear safeguards on the collection and use of personal data in the digital economy.”

“We believe that a national standard for data privacy and security is urgently needed to protect consumers, reinforce civil rights, and safeguard our nation’s cybersecurity,” the senators wrote. “Accordingly, and in parallel to congressional efforts to create federal privacy laws to give power back to consumers, the Commission should take advantage of every tool in its toolkit to protect consumers’ privacy.”

The senators added that privacy violations and data breaches “have shown the limits of the FTC’s general prohibition on unfair and deceptive practices.”

In the letter, they urge the FTC to start a rulemaking process that should consider protections for the data of members of marginalized communities; prohibitions on exploitative targeting of children and teenagers; opt-in consent rules on the use of personal data; and opt-out standards.

The senators’ letter comes after President Joe Biden nominated Alvaro Bedoya to become a commissioner on the FTC. Bedoya has an extensive background in privacy matters and facial recognition. Bedoya is the founding director of Georgetown Law’s Center on Privacy and Technology and was a chief counsel for the U.S. Senate Judiciary Committee on Privacy, Technology, and Law.

In July, a coalition of public interest groups called on the FTC to use its rulemaking authority to ban corporate use of facial recognition, surveillance in public, and “industry-wide data abuse.”