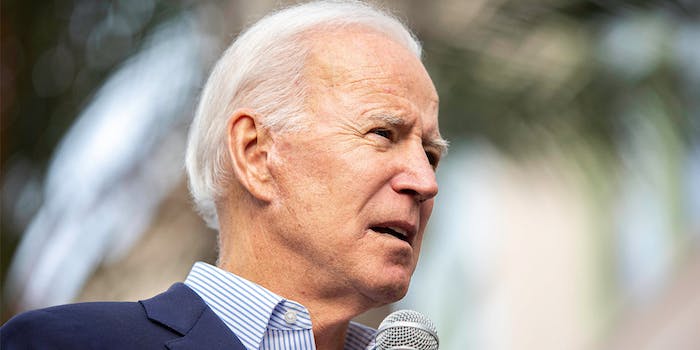 It's worked so far.

Over the course of the 2020 Democratic primary, former Vice President Joe Biden adopted a curious policy. When challenged on an issue by a potential voter, be it climate change or healthcare, the so-called unity candidate told people to vote for someone else.

You can argue with that electoral philosophy all you want, but it worked. Biden is the presumptive 2020 Democratic nominee.

And it appears he’s going to ride the “don’t vote for me” strategy all the way to the White House.

When asked yesterday about the sexual assault allegations against him by former staffer Tara Reade, Biden said that those who believed them shouldn’t vote for him.

“They should vote their heart and if they believe Tara Reade they probably shouldn’t vote for me,” he said, in an interview with MSNBC’s Lawrence O’Donnell, saying the “truth matters.”

Biden also added “I wouldn’t vote for me,” if he believed Reade, a quote that surely won’t be taken out of context and played back again and again.

A unique strategy. But… it hasn’t not worked thus far.