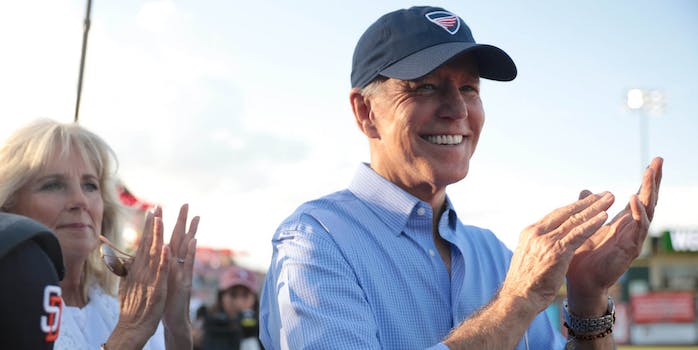 Andrew Bates wasn't having it.

Yesterday, the “long-awaited” list of Obama officials who participated in unmasking the identity of former general Michael Flynn was revealed.

On that list was former Vice President Joe Biden.

It’s either a non-story or the scandal of the century, depending on which side of the partisan divide you fall on.

For Democrats, Biden wanting to see the identity behind a person the U.S. was monitoring for seditious and treasonous actions is him merely doing his job.

For Republicans, and especially President Donald Trump, the decision to surveil a member of Trump’s incoming administration was tantamount to Watergate, worse then the Nixon campaign breaking into the headquarters of the DNC.

Where you end up depends on whether you think the Obama administration had justifiable reason to believe the Trump campaign might be conspiring with a foreign power.

One thing is for sure, the Biden campaign handled it in about the worst way possible.

The news was first reported by CBS’ Catherine Herridge.

Herridge drew the ire of Biden’s head of rapid response, who thought it was best to call her a right-wing hack and tool of the Republican party.

“SCOOP: Catherine Herridge is a partisan, rightwing hack who is a regular conduit for conservative media manipulation ploys because she agrees to publicize things before contacting the target to ask for comment,” Andrew Bates wrote.

That comment drew swift rebuke from members of the media.

The messaging even ironically sparked some faux scolding from conservatives, who are non-stop in their criticism of the media but pretended that it was a huge story that the Biden camp was calling a journalist out of line.