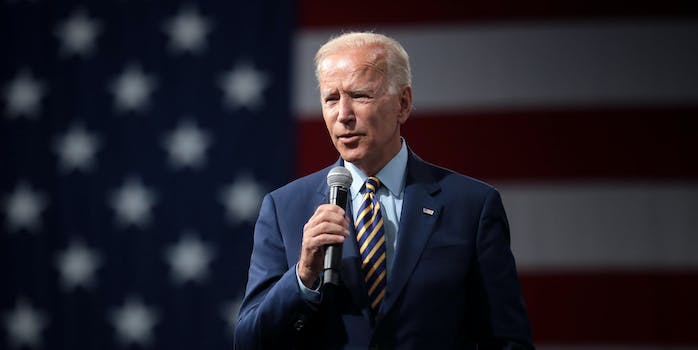 The ad hammers President Donald Trump’s coronavirus response while images of 40 years of past presidents flash by.

The gang’s all there (well, except Bill Clinton, for some reason): Ronald Reagan, George H.W. Bush, George W. Bush, and Barack Obama (with Biden by his side).

“Crisis comes to every presidency,” the ad, created by Unite the Country PAC, begins, “We don’t blame them for that.

“What matters is how they handle it. Donald Trump didn’t create the coronavirus, but he is the one who called ‘hoax,’ who eliminated the pandemic response team and who let the virus spread unchecked across America.

“Crisis comes to every president. This one failed.”

Most praised the ad’s tone and forthrightness, as well as its focus on how Trump has handled the coronavirus pandemic.

Others wondered if some of the former presidents deserved such high praise. Reagan and both Bushes, especially the younger, were common targets.

Reagan has been heavily criticized for his response to the HIV/AIDS epidemic. Many believe his apathy caused thousands to get infected and die, in part because it delayed research critical to understanding and treating the virus.

Some mentioned Bush’s mishandling of Hurricane Katrina, the Iraq War, and ignoring intelligence about Osama bin Laden before 9/11. His father also received a few jabs in the comments.

“Reagan? AIDS crisis? HW? What is this ad?” said @RobbHaney.

Of course, another take is that even those guys were better than Trump.