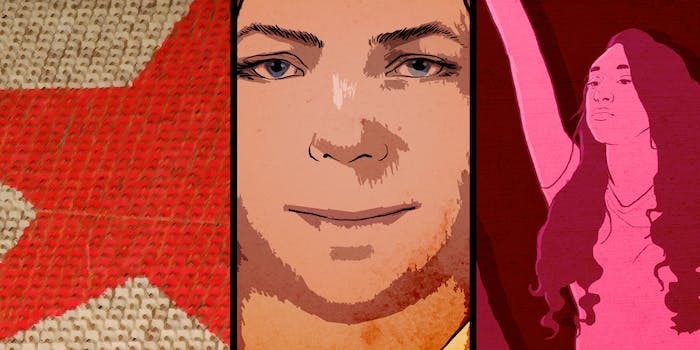 Important news you may have missed on Wednesday, Sept. 21.

The Election Integrity Act of 2016, introduced by Rep. Hank Johnson (D-Ga.) on Wednesday, prohibits connecting voting machines to the internet—a move to defend against hackers online. Johnson announced the bill with the hashtag #DontHackMyVote.

North Dakota Gov. Jack Dalrymple’s inbox has been flooded with letters of support for the Standing Rock Sioux Tribe and other American Indians actively protesting the construction of the Dakota Access Pipeline. Layer 8 has published a collection of those letters acquired under the state’s open records law.

Hundreds of people turned out to protest in Charlotte, North Carolina, on Tuesday night in response to the police shooting of 43-year-old Keith Lamont Scott. Police claim Scott was holding a gun. Scott’s relatives dispute that story. Gov. Pat McCrory has declared a state of emergency and plans to deploy the National Guard after four police officers were injured during the protest.

North Korea accidentally exposed its secret internet to the whole world, revealing for the first time that there are only 28 websites in the entire country. To put that into perspective—as if that’s necessary—there are more than a billion other websites elsewhere in the world.

Here’s our master list of the best political fact-check websites the internet has to offer. “The truth may be hard to swallow,” writes Amrita Khalid, “but it’s important to find.”

An FBI complaint against Ahmad Rahami, the man accused of the Chelsea bombing, reveals he shopped for supplies to make pipe and pressure cooker bombs on eBay. On YouTube, Rahami was a fan of “violent extremist content” and cat videos, the FBI said.

There was some dispute yesterday over white-guy David Simon’s use of the N-word in a tweet regarding Sean Hannity and Donald Trump’s upcoming town hall concerning black community issues. Simon, creator of The Wire, then tried to explain himself, and everyone else tried to physically reach through their monitors and smack him. Obviously, that didn’t work.

Anthony Weiner, sigh, has been caught in yet another sexting scandal. This time, however, the alleged recipient of these messages was a 15-year-old girl who claims Weiner was fully aware of her age.

Americans are waking up apparently to find fliers from the Ku Klux Klan in their yards. —via Derek Hawkings, Washington Post

Stephen Hawking and 374 other top scientists warn a Trump presidency could prove disastrous for the planet. —via Chris D’Angelo, Huffington Post

A look at how the Clinton Foundation is trying to prove its worth to the world. It’s signature accomplishment since 2002: providing low-cost AIDS medication to 11.5 million people. —via Issie Lapowsky, Wired

Someone is putting virus-infected USB sticks in Australians’ mailboxes. —via Joseph Cox, Motherboard