The best political fact-checking sites on the internet

The best political fact-checking sites on the internet

The truth may be hard to swallow. But it’s important to find.

It’s never been easier to find out if a politician is telling a lie. And it’s never been harder to get the truth out. Thankfully, there are fact-checking sites to help you out.

Fact-checking is particularly challenging in the current era of “fake news,” “alternative facts,” and gaslighting coming from the White House of all places. Fake Twitter accounts spread lies that fool journalists. Conspiracy theorists like Alex Jones and Russia’s state-funded propaganda mill RT compete with established media outlets like the New York Times and BBC. Meanwhile, accusations of liberal or conservative bias mar the reputations of virtually any source of information you encounter online, from WikiLeaks to the Wall Street Journal.

The election of President Donald Trump did not usher America into a “factless” or “post-truth” reality. A fact is still a fact in 2017. It’s just gotten more difficult to discern who’s telling the truth and what sources you can consider reputable.

That’s why fact-checking sites are more important than ever.

Political fact-checkers investigate submitted claims from politicians and other sources of authority for accuracy and then write stories about their findings.

The “big three” non-partisan political fact-checkers—Politifact, Factcheck.org, and the Washington Post‘s Fact Checker—came of age in the 2008 and 2012 presidential elections. They all worked overtime for the 2016 election, and the volume of their work has only increased since the Trump’s inauguration.

Alexio Mantzarlis, who leads the Internet Fact-Checking Network at Poynter, predicted that 2017 would see a huge boom in fact-checking around the world. “Trump’s particular relationship with evidence and Facebook’s decision to allow third-party fact-checkers influence over News Feed will likely make it easier to make the case for continued operations to editors and funders,” wrote Mantzarliz in a blog post.

During the 2016 presidential election, many credited Trump for ushering us into a “post-fact” era. CNN reported that Trump often gets his information from sketchy news sites and inaccurate internet rumors. Politifact noted, for example, that Trump’s claim that Barack Obama wants to resettle 250,000 Syrian refugees actually originated from a story headlined “U.S. to House 250,000 Syrian Refugees at Navajo, Standing Rock Indian Reservations,” which came from a fake news site, RealNewsRightNow.com. As of this writing, Politifact has rated a grand total of 249 of Donald Trump’s fact checks as either “mostly false,” “false,” or “pants on fire.”

Glenn Kessler of the Washington Post‘s FactChecker, however, is reluctant to believe the public perception of facts has been changed by the rise of Trump and the pace of misinformation on the internet. “People have always been more willing to accept facts that mesh with their own preconceived notions—and are skeptical of facts which do not fit those notions,” Kessler said. “What is different is that people can now only watch or read news sources which conform to those notions. So the country is splitting into two countries, each with its own set of facts.”

If you’re looking to verify the veracity of a claim, there are basic steps you can take.

“Be skeptical. Check the author. Check the publisher. Check the sources,” noted Eugene Kiely of FactCheck.org. “You have no idea how many people forward us emails that are anonymously written that made unsubstantiated claims with no sources. Same thing with some ‘stories’ and ‘reports’ written and posted on partisan and advocacy websites. Who is behind the website? What’s their agenda? How is it funded? How transparent is it? Does its articles and reports provide named sources of information with links to source material so readers can check the facts themselves? Reagan used to say, ‘Trust, but verify.’  I’d say verify first, and then determine if the source is worthy of your trust.”

For those looking to go one step further, here’s an overview of the major political fact-checking websites.

Politifact is a project of the Tampa Bay Times. It won a Pulitzer Prize for its coverage of the 2008 election, during which it examined 750 claims.

Politifact fact-checks claims by politicians at the federal, state, and local level, as well as political parties, PACs, and advocacy groups. Politifact rates the accuracy of these claims on its Truth-O-Meter, which goes from “True,” “Mostly True,” “Half True,” “False,” and “Pants on Fire.” There are separate verticals of Politifact for global news and select states.

FactCheck.org is the oldest of the big three fact-checking sites; it launched in 2003. The site is a project of the Annenberg Public Policy Center of the University of Pennsylvania. The site fact-checks claims made by president, members of Congress, presidential candidates, and other members of the political arena. It mainly reviews TV ads, debates, speeches, interviews, and news releases. The site’s stated goal is to “apply the best practices of both journalism and scholarship, and to increase public knowledge and understanding.”

Eugene Kiely of FactCheck.org says the organization has “never seen anything” like Trump in its 13 years of operation. FactCheck.org reviews the year’s most egregious false claims in an annual “Whoppers of the Year” story. From Kiely:

In 2015, we recognized that Trump had an unusually large number of false claims and that in some instances he would double down on his false claims and insist they were true—even when us and others have proven him wrong. As a result, we named him the ‘King of the Whoppers.’ It was the first time we have ever done it, and we hope the last.

Viral Spiral is a section of FactCheck.org devoted to internet rumors. “We get a lot of questions from readers asking us to fact check claims that they read on the internet. Hundreds a day,” Kiely noted. “It’s discouraging that the internet is used by some to spread misinformation, but on the other hand, the internet provides the resources people need to debunk bogus claims. So it is a double-edged sword. People need to be skeptical of what they read on the internet and use it to check on claims that they suspect may be wrong.”

The Post‘s Fact Checker blog is run by journalist Glenn Kessler. The site assesses claims made by politicians or political advocacy groups and gives out Pinochios based on its level of accuracy.

According to Kessler, one of the most widely read Fact Checker columns was a debunking of the Sean Hannity-backed claim that Trump lent his private plane to transport 200 Gulf War Marines back home.

A separate vertical of FactCheck.org, FlackCheck.org focuses on false claims in campaign ads and other advertising. The site debunks scientific and health claims.

OpenSecrets, also known as the Center for Responsive Politics, tracks money in U.S. politics and its effect on elections and public policy. It allows you to easily track campaign spending and contributions without laboring through the Federal Election Commission’s website. OpenSecrets also tracks the money that the private sector, industry groups, unions, and other lobbyists spend to lobby Congress.

The Sunlight Foundation is a nonprofit that lead the way for public accountability data journalism. Its Hall of Justice offers state-by-state data sets on criminal justice.

Snopes.com is the go-to destination for debunking strange internet rumors. California couple Barbara and David Mikkelson founded the site in 1995 to uncover urban legends, rumors, and other questionable bits of folklore that had begun cropping up in chain emails and message boards.

Snopes has spent a large chunk of its time shedding light on Election 2016 rumors that originated from memes and fake news stories. A recent Snopes.com fact check revealed that a meme stating that all living ex-presidents are against Trump is not entirely true (though reports have emerged that George H.W. Bush will be voting for Clinton). Snopes.com also laid to rest a rumor that Clinton sent a body double in her place to a 9/11 memorial service, which reached momentum after #HillarysBodyDouble began to trend on Twitter. 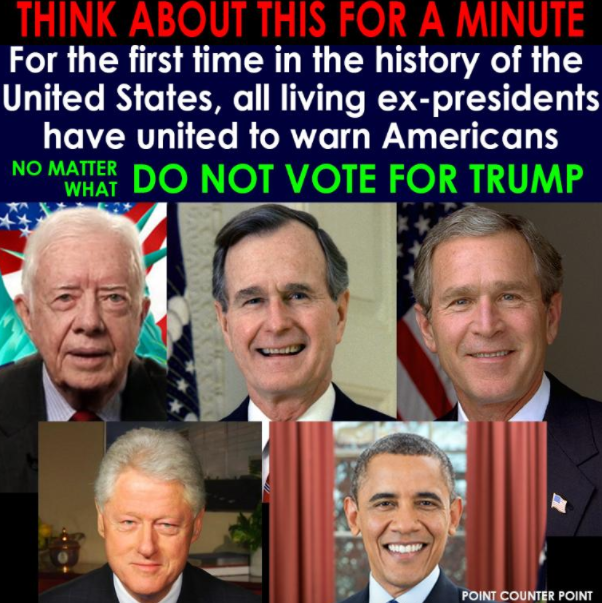 Note: Partisan fact-checkers are those with a purported liberal or conservative bent.

A pro-Hillary Clinton SuperPAC that fact-checks claims made against Clinton by Trump and other politicians, Correct the Record also runs Trump Lies and the Benghazi Research Center.

NewsBusters is a website that devotes itself to “combating liberal media bias.” NewsBusters was launched by the Media Research Center in 2005, the same group behind CNSNews.com. It has been criticized by Media Matters and others for its questionable fact-checking techniques.