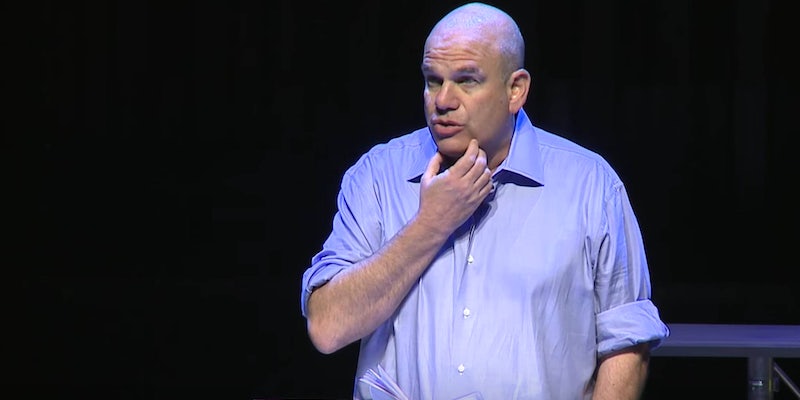 David Simon tweeted the N-word on Tuesday—and fans are not happy.

Hannity my nigga! If they couldn't get Ta-Nehisi or Deray to host, then who but you on the pulse of black America? https://t.co/9hW7wpH4Ar

The creator of The Wire was being sarcastic when he responded to Fox News host Sean Hannity in regards to the right-wing pundit’s upcoming town hall with Donald Trump. The host and presidential candidate will discuss issues facing the black community.

What do Trump and Hannity know about African-American issues? Simon was apparently wondering the same thing—but his sarcastic approach did not land as intended, and so he went on to explain the tweet.

Spelled with the A. Sarcasm on Sean Hannity used as interlocutor to black Americans? No. I'm good.

To the hall monitors: Use of N-word (with an A) DIRECTLY mocks the misuse of a white Fox interlocutor to address black issues. I'll play it.

Although some Twitter users can agree the tweet was sarcastic, a larger crowd feels it could have been worded differently. Here is what some people had to say.

David Simon just tried to explain to Black folks why his usage of Nigga was cool as a bunch of Black folks were like "Uh, no sir."

David, you're an intelligent white man. You know how this looks. It's not okay.

I get the sarcasm. There's better ways to do it.