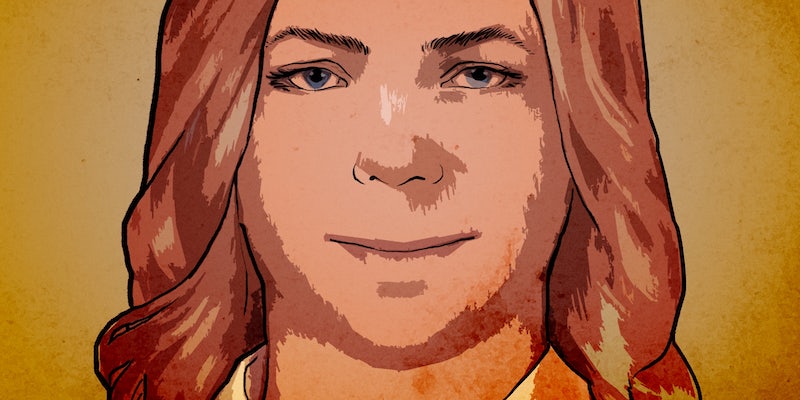 Proceeds will go toward the Chelsea Manning Support Network.

The song, “Chelsea’s Kiss,” will arrive as part of Cassette Store Day, and proceeds will go toward the Chelsea Manning Support Network.

Manning was convicted in 2013 of leaking classified information to WikiLeaks. Her 35-year prison sentence is being served at the U.S. Disciplinary Barracks in Leavenworth, Kansas. As the Daily Dot reported, Manning, a transgender woman, “suffers from gender dysphoria (as diagnosed by military doctors) and in July attempted to end her own life, later citing a lack of appropriate treatment as the cause.”

According to Pitchfork, Moore’s track is a collaboration with Deb Googe of My Bloody Valentine and James Sedwards of Nøught. “Chelsea’s Kiss” comes via Blank Editions on Oct. 8, along with an IRL London release party at Lion Coffee + Records.