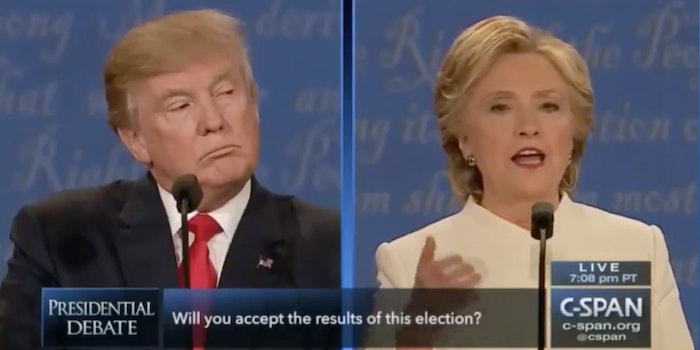 'Wow, Hillary Clinton knew this was going to happen.'

During a presidential debate between then-presidential candidates Hillary Clinton and Donald Trump back in 2016, moderator Chris Wallace asked Trump if he would accept the results of the election, even if he lost. Clinton’s response is now going viral amid Trump’s election fraud claims in 2020.