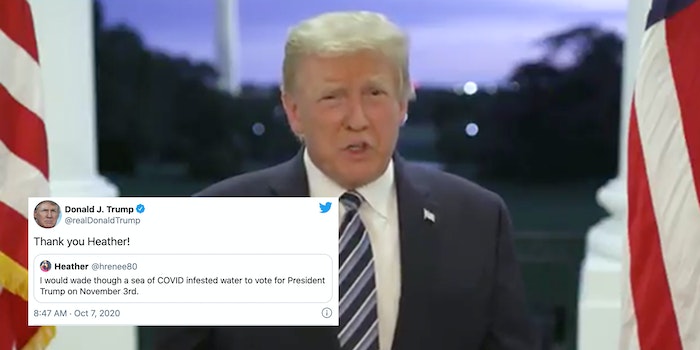 The woman, Heather, is getting mocked online.

A Twitter user named Heather is facing intense scrutiny after tweeting that she’d do literally anything in order to cast a vote for President Donald Trump in the upcoming presidential election. The tweet was picked up by the president, who cosigned the message, thanking Heather for her support.