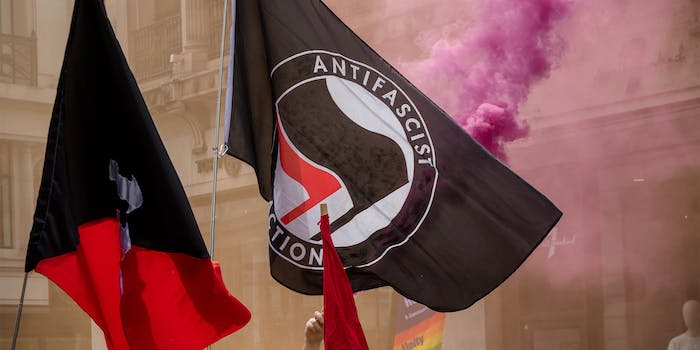 Is the richest town in Michigan swarming with antifa?

The tale is a microcosm of the 2020 election.

The story of Wayne County’s board of canvassers might be the perfect microcosm for this election. When it became clear that former Vice President Joe Biden had defeated President Donald Trump in the state by receiving more votes, Republicans responsible for certifying the vote in Wayne County decided not to.

Biden had overwhelming margins in Wayne County, where Detroit is located, and so the GOP’s last-ditch effort to swing the state back to Trump was to pout and say the votes didn’t count. However, when word got out of this decision, which had no basis (the GOP officials didn’t give much in way of an argument), a viral outcry ensued. So they relented and certified the vote.

But now, the two officials are calling “take-backsies,” because they were harassed and threatened into certifying by… you guessed it. “Antifa.” But not just any antifa. Antifa from the wealthiest suburb of Detroit.

According to reporter Kayla Ruble, one of the GOP members of the board, Monica Palmer, said that threats against her life came from antifa members from Grosse Pointe.

Grosse Pointe is one of the wealthiest places in all of Michigan, a bougie shoreside town on Lake St. Clair. That it could be swarming with antifa is doubtful. But it fits a pattern from conservatives, who are both quick to concoct rumors of antifa without any evidence and blaming anything, also without evidence, on antifa.

The notion that Grosse Pointe, which has a yacht club and numerous golf courses, was a hotbed of anarchist and anti-fascist activity was laughed offline this week.

It seems unlikely that Palmer’s call to rescind her vote will have any effect, given that that doesn’t seem to be something one can do after they approve results, but given the year we are having, who knows.