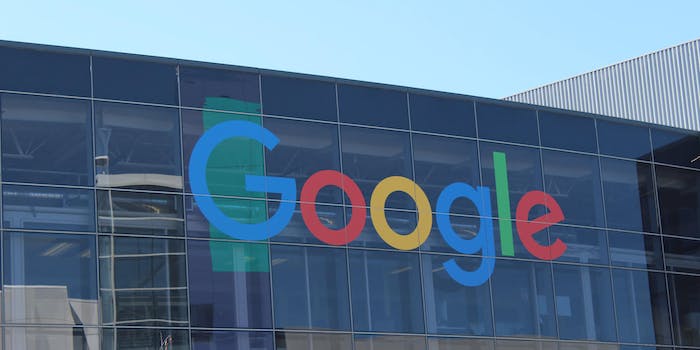 The petition says Google 'should not be in the business of profiting from racist policing.'

A group of more than 1,500 employees at Alphabet, the parent company of Google, are petitioning the company to end its relationships with police departments.

The move comes as protests across the country against police brutality and racism occur in the wake of the police killing of George Floyd.

Specifically, according to Reuters, the petition says the tech giant “should not be in the business of profiting from racist policing.”

It highlights the sale of GSuite products like email and document editing to police departments.

The petition has been signed by 1,600 employees.

GSuite currently touts its relationship with the police department in Clarkstown, N.Y. on its website, writing that its use of the products has “transformed the way its officers share information and digital evidence.” It also quotes an officer who says the products have saved the department between $20,000 and $30,000 a year.

The petition began circulating last week, Gizmodo reports, and also criticizes the company’s work with the military through its Gradient Ventures arm.

“We want to be proud of the company we work for. We want the company we build to speak to our values and how we want to show up in the world,” the petition reads, according to Gizmodo, adding: “We have a long way to go to address the full legacy of racism but to begin with—we should not be in the business of profiting from racist policing. We should not be in the business of criminalizing Black existence while we chant that Black Lives Matter.”

In a statement to Reuters, Google said the products would remain available to police departments.

“We have longstanding terms of use for generally available computing platforms like Gmail, G Suite, and Google Cloud Platform, and these products will remain available for governments and local authorities, including police departments, to use,” the company told the news outlet.

Tech companies and the federal government have faced criticism for their relationships with law enforcement amid the protests.

Fellow tech giant Amazon is facing criticism over partnerships it has with police and its Ring doorbells.

Meanwhile, more than 100 civil liberties and civil rights groups have called on Congress to stop funding for surveillance technology that is being used on protests.