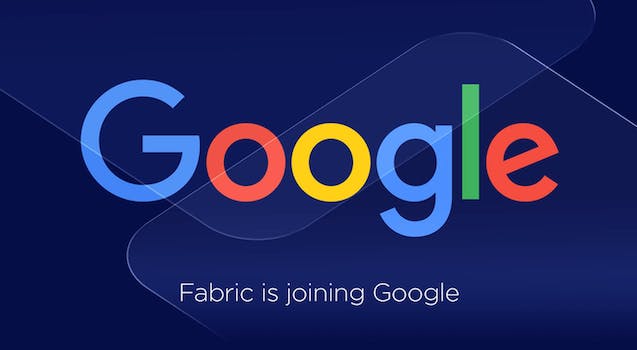 Google may not have bought Twitter, but they did buy their Fabric.

Google may not have ended up purchasing Twitter, as was rumored last year, but the companies have made a different deal. Google bought Twitter’s developer platform Fabric for an undisclosed sum. The news was announced in a blog post today on Fabric’s site. The reason cited for the sale was a mutual goal by both companies to help make it easier for developers to build useful apps.

When we met the team at Google we quickly realized that our missions are the same – helping mobile teams build better apps, understand their users, and grow their businesses. Fabric and Firebase operate mobile platforms with unique strengths in the market today. We’re excited to combine these platforms together to make the best mobile developer platform in the world for app teams.

Fabric will join Google’s Firebase mobile development platform, bringing with it popular tools like Crashlytics, Answers, and Fastlane. According to the announcement, over 580,000 developers have used Fabric’s toolset since the platform launched in 2014, and it has helped power apps on approximately 2.5 million mobile devices.

You can read Google’s new terms for using Fabric here. During the transition process, the Digits tool will continue to be maintained by Twitter.