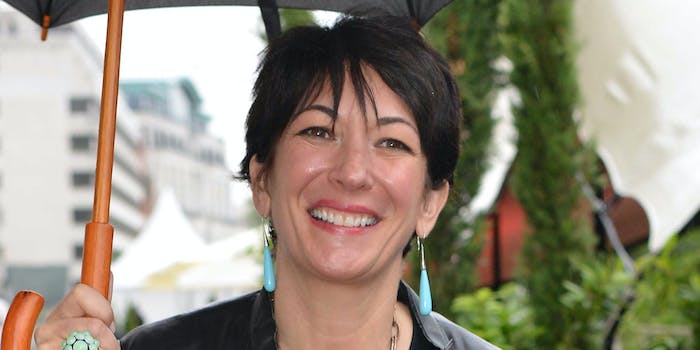 A newly released deposition from May 3, 2016 is shedding new light on the harrowing story of abuse involving Jeffrey Epstein and Ghislaine Maxwell.

The deposition is from Virginia Giuffre, one of Epstein and Maxwell’s victims. The recently released documents are connected to a 2015 defamation lawsuit by Giuffre against Maxwell. In the non-redacted portions of the court documents, Giuffre describes the lasting psychological toll of the abuse she and many other young women suffered.

This isn’t the first time Giuffre stepped forward to identify Maxwell as a “recruiter” of girls for Epstein’s notorious sex trafficking ring. Giuffre said she was recruited when she was a teenager, and instructed on multiple occasions to engage in sexual relations with men. According to her testimony, she was instructed to have sex with several notable figures, including Prince Andrew.

Attorneys pressed Giuffre in the deposition to provide additional names of men who she was “directed” by Maxwell to have sex with. The attorney questioning her named several, including former New Mexico Governor Bill Richardson, along with two unnamed individuals, described merely as “another prince” and “the large hotel chain owner.”

Giuffre responded that she’d given attorneys “what I know right now.”

“I’m sorry,” she said. “This is very hard for me and very frustrating to have to go over this. I don’t—I don’t recall all of the people. There was a large amount of people that I was sent to.”

Richardson and Prince Andrew have both denied the allegations made against them.

Giuffre was also transported in a helicopter, piloted by Maxwell, to Epstein’s private island in the Caribbean “plenty of times.” She was often there with several other girls. She described interactions there, including one in which Maxwell claimed she had flown former president Bill Clinton to the island. Giuffre described this conversation in a 2011 interview with reporter Sharon Churcher.

“Ghislaine told me that she flew Bill Clinton in,” Giuffre said. “And Ghislaine likes to talk a lot of stuff that sounds fantastical. And whether it’s true or not, that is what I do recall telling Sharon Churcher.”

Giuffre also noted that while she felt, over the years, that Churcher got parts of the story wrong, she never tried to correct her. She did, however, question why Clinton might have been at the island. Giuffre recalls seeking out Epstein to ask. “I remember asking Jeffrey what’s Bill Clinton doing here, kind of thing, and he laughed it off and said well he owes me a favor,” she said in a 2011 interview with attorneys. “He never told me what favors they were. I never knew. I didn’t know if he was serious. It was just a joke.”

According to Giuffre, Epstein also told her that “everyone owes him favors. They’re all in each other’s pockets.” Previously, Giuffre has said that she personally saw Clinton on the island, however the former president denies ever having visited.

Guiffre described, in her deposition, multiple instances in which she was “instructed” by Maxwell to have sex with men under the thin guise of “massage.” This is a consistent thread in the Epstein case.

Maxwell has, unsurprisingly, attempted to delegitimize Giuffre as a source. She and her attorney attempt, in court filings, to portray Giuffre as unreliable. They point to errors in her recollection as proof.