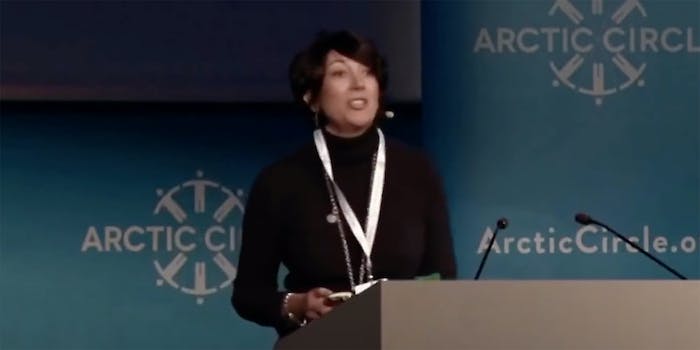 ‘Heart attacks can be deadly’: Conspiracy theorists think Ghislaine Maxwell will be ‘suicided’ with COVID booster

The notion that she will be murdered via the booster shot is merely an extension of anti-vaccine rhetoric.

Conspiracy theorists are convinced that Ghislaine Maxwell will soon be “suicided” after the convicted sex trafficker was approved to receive a COVID-19 booster shot.

Bobbi Sternheim, Maxwell’s lawyer, was recently told by Judge Alison Nathan that his client would be permitted to receive the vaccination while awaiting sentencing at the Metropolitan Detention Center (MDC) in Brooklyn, New York.

Maxwell, who is facing up to 65 years in prison after jurors declared her to be a child sex predator, has described the jail as a “hell hole.”

The MDC reportedly informed the court that it would make the booster shot available within one week. While Maxwell’s request is hardly surprising given the current spread of the Omicron variant, conspiracy theorists reacted to the news by suggesting that the booster would provide cover for Maxwell’s eventual murder.

In numerous remarks across Twitter, users suggested that Maxwell would die shortly after receiving the booster as part of an effort to keep her from sharing the names of those who procured children from her and Jeffrey Epstein.

“Heart attacks can be deadly,” one user wrote.

While there are undoubtedly numerous high-profile individuals who would prefer Maxwell didn’t speak, the notion that she will be murdered via the booster shot is merely an extension of anti-vaccine rhetoric.

Suspicions around Maxwell’s immediate future have only intensified since Epstein was found dead by an apparent suicide in his jail cell in Nov. 2019.

Over on Telegram, users also viewed the booster as a covert method to permanently silence Maxwell. After the news was shared by QAnon promoter StormyPatriotJoe, users began pointing fingers at Bill and Hillary Clinton. Bill is known to have repeatedly flown on Epstein’s private jet but has denied any wrongdoing.

“Let me guess the Clintons are giving her the booster?” one user said.

Remarks on Facebook were identical. Countless users claimed that Maxwell would almost certainly die after receiving the inoculation.

“Ghislaine Maxwell was found guilty on 5 of her 6 charges,” one user wrote. “Her lawyer asked the judge if Ms Maxwell could receive her covid booster that she is due for. Any bets the booster kills her?”

It remains unclear when exactly Maxwell will receive the booster shot. Even with Maxwell’s incarceration, numerous investigations into those alleged to have been involved with Epstein and Maxwell continue to this day.

And despite attempts by far-right influencer Jack Posobiec to claim that all evidence from Maxwell’s trial has been permanently sealed, an investigation by the Daily Dot found the claim to be false.