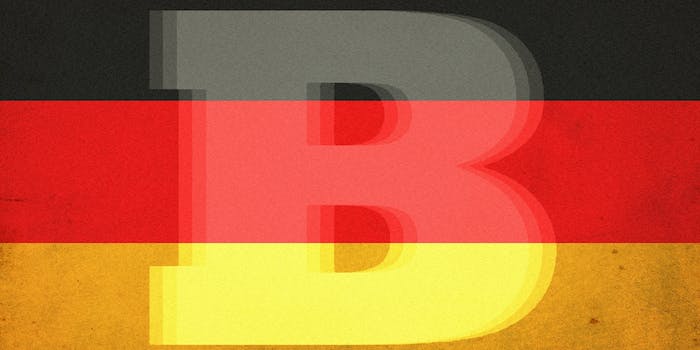 Merkel warned against the dangers of fake news in November.

The German government reiterated plans to combat Russian hacking threats and the recent surge of “fake news” websites ahead of the country’s elections this year after Dortmund police were forced to call out a fake Breitbart News report on Saturday.

The article claimed that in the city of Dortmund a mob gathered “around the flag of al-Qaida” chanting “Allahu Akbar” had set fire to a church on New Year’s Eve. Despite the police affirming to the public that no such incident occurred, the far-right website has held to its story, which was widely shared on social media.

“The danger is that these stories spread with incredible speed and take on lives of their own,” said Eva Kühne-Hörmann, justice minister of Germany’s Hesse state.

Now, the government plans to investigate and fight against the proliferation of bogus news stories by establishing an anti-fake news bureau within the press office. “We are dealing with a phenomenon of a dimension that we have not seen before,” government spokesperson Steffen Seibert said during a press conference.

There are currently few details as to how this government department will work, but some other European countries, such as the Czech Republic, have already made the move. The stakes are heightened in Germany, however, with an election planned for September 2017.

In criticizing Breitbart, German newspaper Allgemeine Zeitung said the controversial site had exaggerated and fabricated information to create “an image of chaotic civil war-like conditions in Germany, caused by Islamist aggressors” and claimed that this could be a “foretaste” of the use of “misinformation and distortion in order to diminish trust in established institutions” ahead of the German election.

German Chancellor Angela Merkel, in her speech announcing her bid for another term as chancellor, warned against rising populism in the West and the disinformation campaigns waged to “manipulate” public opinion on the part of “fake sites,” citing the impact such content had during the 2016 U.S. presidential election.

Merkel’s liberal approach to refugees and the crisis that faced Europe, as millions fled from war in the Middle East, has been heavily criticized by far-right groups. Members of the anti-immigration Alternative for Germany party hope to challenge mainstream parties in the upcoming election.

In France, the political theater is similar. With a 2017 presidential election looming, French establishment politicians are set to face off against the right-wing Front National’s Marine Le Pen. Incidentally, in both these European countries, Breitbart is launching new bureaus.

The pressure to deal with fake news is now also coupled with increasing information from Germany’s domestic intelligence agency, the Federal Office for the Protection of the Constitution, or BfV, that Russian hackers have been meddling with the country’s infrastructure. A spokesperson for the agency told journalists that it believed a December hack on the Organization for Security and Cooperation in Europe’s systems had been attributed to the same group that carried the hack on the Democratic National Committee (DNC), to devastating electoral impact, in the U.S.