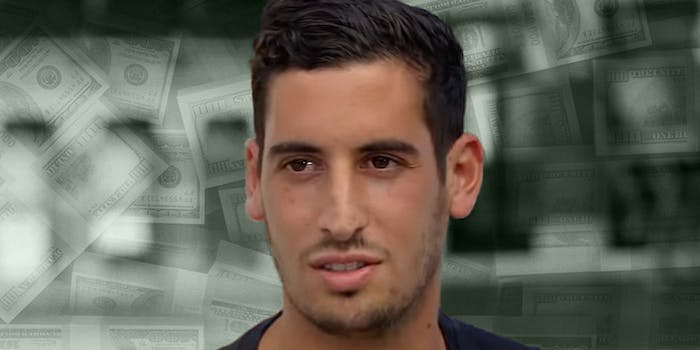 Over the years, its leaders built a mini-empire, replete with media agencies, party games, and even their own tequila,

The company gained even more notoriety in 2018 after working to promote Fyre Fest, the $25 million dollar fraud of a music show that landed mastermind Billy McFarland in jail for six years.

Fuck Jerry also helped produce the Netflix documentary Fyre, which substantially minimized its knowledge and role in McFarland’s scheme. Another documentary on Hulu, Fyre Fraud, was much more critical of its role.

And now, taxpayers are helping keep the business afloat. The company received eight CARES (Coronavirus Aid, Relief, and Economic Security) Act loans from the U.S. government during the coronavirus pandemic, the Daily Dot has found.

The internet content thieves received $852,992 for five separate LLCs. All of the companies are operated out of the same SoHo loft in New York City, according to a July 2018 issue of Architectural Digest.

The Daily Dot previously reported the company got one loan for a party game, What Do You Meme, but additional data released by the Small Business Administration (SBA) last December gave a fuller picture of the windfall.

Most of the loans are forgivable, with the rest repayable over 30 years.

What Do You Meme was the largest recipient of taxpayer money, with a $575,000 Paycheck Protection Program (PPP) loan.

Other LLCs which received funds include Jerry Media, which the company rebranded to after the fallout from Fyre Fest. Jerry Media was last in the news for creating memes for failed presidential candidate Michael Bloomberg. It got $69,212 in PPP loans and $10,000 in an Economic Injury Disaster Loan (EIDL).

Meanwhile, FJerry LLC, based out of the same New York City office, took in $76,250 in PPP loans.

It’s unclear how FJerry differs from Jerry Media, given the rebrand.

Jerry Media did not immediately respond to a request for comment regarding any of its loans.