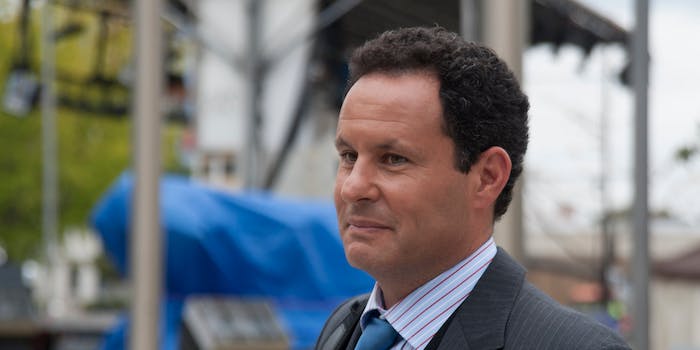 Brian Kilmeade didn't feel that way about the 4 killed in Benghazi.

These are dark days at Fox News. Ratings are down, their patron saint is in exile at Mar-a-Lago, and advertisers are fleeing like rats from a sinking ship.

Naturally, the network’s stars are trying to right things by upping the partisanship.

Biden blasted former President Donald Trump, who lied about COVID-19 and was heavily criticized for an uneven, incompetent response to it. Biden also promised that all adults should be able to start getting the vaccine after May 1.

Kilmeade believes that it’s extremely unfair that Biden keeps blaming Trump. He also thinks that the time has passed to talk about the 500,000 Americans who’ve lost their lives in the pandemic.

“We don’t need to go over the 500,000 dead, we had that moment,” Kilmeade said. “Let’s talk about the future moving forward. Every time he has a chance to praise the previous administration, he not only doesn’t praise, he kicks them in the groin.”

People on Twitter were thoroughly appalled by Kilmeade’s callous take.

“In this clip, @kilmeade strikes the perfect balance between sycophant and sociopath,” said historian Kevin Kruse.

Some people noted that Trump didn’t exactly praise his predecessor.

Trump spent four years complaining about former President Barack Obama, when he wasn’t taking credit for his work, that is.

To some, Kilmeade’s desire to move on from the COVID deaths came across as hypocritical, given the amount of time Fox News’ personalities—including him—spent obsessing about the 2012 attack on the U.S. embassy in Benghazi, Libya.

Four Americans perished in that attack, which conservatives wielded as a weapon against Hillary Clinton during her 2016 presidential campaign.

As @JoJoFromJerz tweeted, Fox News dedicated “weeks whining about Dr. Seuss” because his estate deciding to stop publishing six of his books, “but we had the ‘500,000 dead moment,’ so now it’s time we move forward??”

An additional 30,000 people have succumbed to COVID-19 since the nation passed the grim milestone in February.