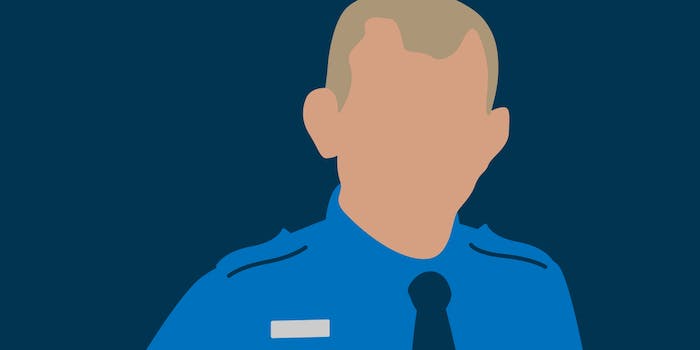 The grand jury voted 'no.'

Missouri prosecutor Bob McCulloch said the grand jury found “no probable cause” to indict Wilson, and defended the officer’s right to use deadly force during the August confrontation.

Wilson shot 18-year-old Brown, who was unarmed at the time, on Aug. 9, in nearby Ferguson, Mo. The incident sparked a wave of protests that, in areas across the United States, have remained virtually unstopped. Even before the grand jury’s decision became public, protesters in Ferguson began demonstrations against police use of force.

The protests had begun even before Monday night’s announcement.

waiting for it #ferguson pic.twitter.com/p7BXBv8QiN

During the press conference, McCulloch blamed the “insatiable appetite” of 24-hour news media and the spread of “inaccurate” information on social media as harmful to the grand jury’s investigation. Specifically, he said the official autopsy did not find that Brown had been shot in the back, as earlier reports claimed. He added that the physical evidence did not support the allegations of eyewitnesses or members of the media.

“There is no question that Darren Wilson shot and killed Michael Brown,” said McCulloch, “but the investigation does not end there.”

A statement published by Wilson’s attorneys said that, given the “magnitude” of the case, they understood why it was necessary for the grand jury to weigh in. They further asked that those who disagree with the verdict to express their opinions in a “respectable and peaceful manner.” The statement does not mention Brown or his family by name.

In a statement published immediately after McCulloch made the verdict public, Michael Brown’s parents, Lesley McSpadden and Michael Brown, Sr., said they were “profoundly disappointed” in the grand jury’s decision, and called on protesters to remain peaceful:

“We are profoundly disappointed that the killer of our child will not face the consequence of his actions.

While we understand that many others share our pain, we ask that you channel your frustration in ways that will make a positive change. We need to work together to fix the system that allowed this to happen.

Join with us in our campaign to ensure that every police officer working the streets in this country wears a body camera.

We respectfully ask that you please keep your protests peaceful.
Answering violence with violence is not the appropriate reaction.

After an unusually lengthy three months of meetings, the fact that the grand jury decided Wilson will not be tried in court for Brown’s death is hardly surprising to observers. Many even considered this outcome inevitable, as police officers are rarely charged for shooting incidents, even when they result in death.

U.S. courts give police officers extra layers of legal protection. They must be judged “from the perspective of a reasonable officer on the scene,” according to the 1989 U.S. Supreme Court case Graham v. Connor. Decisions must allow “for the fact that police officers are often forced to make split-second decisions about the amount of force necessary in a particular situation.”

The Ferguson grand jury process has been an extraordinarily turbulent one, characterized by anger and mistrust from the Brown family and critics in the Ferguson community.

Ferguson has a history of problems between police and the black community that extends back well beyond Brown’s death. Data from 2013 shows definitively that black people are disproportionately searched and arrested despite, for instance, the fact that white people are found to have contraband more often.

First, he declared a state of emergency that allows the National Guard to be deployed to the St. Louis area. Critics say the move is reminiscent of the kind of over-aggressive policing that contributed to the violence of the original protests. St. Louis officials told media that police had since been through “de-escalation training” to avoid repeating mistakes they made in August.

While protests have already begun in Ferguson, many question whether the police will react to the demonstrations. The New York Times reports that the mayor of St. Louis has agreed to ensure that peaceful protesters will be arrested peacefully, and that protesters will be allowed to remain in public areas for extended periods of time.

During a press conference prior to the verdict announcement, Gov. Nixon vowed to respect the right of protesters to exercise their First Amendment rights.

Other factors have changed the equation as well.

This time around, demonstrators come to the fray with far more experience and organization than they had in August. Equipment such as bandages and goggles have been distributed to protesters and “safe spaces” where they can escape the cold and tear gas have been established throughout the city.

Like police leaders, demonstrators have also stressed that they are doing everything they can to keep protests peaceful. They have ambitions of launching a sustained national movement against police violence, organizers have said. Protesters are not one monolithic group, however, and many have acknowledged that violence may break out—even that some wings of protesters are hoping for such an outcome.

Nixon also created what he described as an “independent” commission of 16 local leaders “empowered” to study and develop solutions to social and economic issues raised over the last three months of protest and criticism. The panel will produce a report with recommendations for change by Sept. 15, 2015.

“I said to the commission when I met with them today that I want them to tolerant of people’s opinion but insistent on change,” Nixon said. “We clearly live in a society where there are existing inequalities…They are economic. They are educational challenges. There are issues in the relations between law enforcement and communities that are deep, that are long, that his time presents us an opportunity to address maturely but aggressively.”

Wilson, who has remained on administrative leave since August, is reportedly planning to resign from the police force.

Sound of possible gunfire near #Ferguson police dept. People down. Not sure what happened.

It is not clear who fired the shots, though some initial reports said it came from a police officer’s gun, which remains unconfirmed at this time. Nor is it clear if anyone was injured in the reported shooting.

There was no ambiguity, however, in which side was responsible for the attempted destruction of a police cruiser:

#Ferguson RT @JimDalrympleII: They're smashing a police car up https://t.co/8hThAcZPL9

This story is developing. We will update the story with additional information as it becomes available.