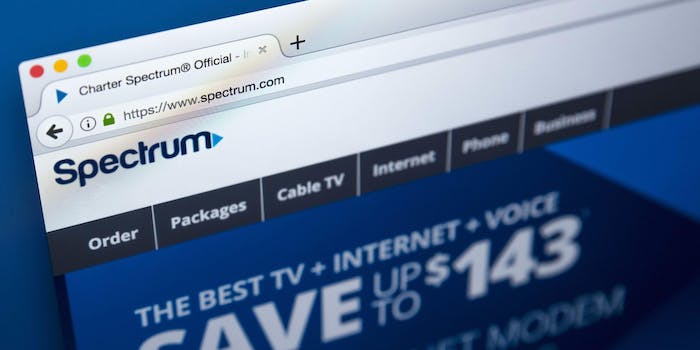 The company has required some employees to continue going to offices and call centers.

More than 200 employees at telecom company Charter Communications have reportedly tested positive for coronavirus while working in offices instead of from home.

The New York Times reports, citing a source, that 230 employees at Charter—which is known as Spectrum—have the virus, as the company has required many employees to work in offices and call centers.

Around half of the employees who have tested positive work in offices or call centers, according to the Times, and two field workers have died.

Last month one employee raised concerns about Charter not allowing people to work from home. After sending an email about his concerns, he met with a vice president and human resources officer, TechCrunch reported. The employee offered to resign but was told to think about it. A few hours later his resignation was accepted.

More than 7,500 people have signed a petition demanding that Charter let employees work from home during the pandemic.

A spokesperson for Charter told the Times that it has “dramatically reduced the number of employees going into the field or into the office while maintaining the efficiency of our business operations that is so critical to fighting this pandemic.”

The spokesperson added that since an initial policy that said around 60 percent of call center workers would need to go to the office, it has changed so that a “significant majority” of them could work from home.

The rash of positive coronavirus cases has caught the eye of the New York Attorney General’s office, which has opened an inquiry, according to the Times.