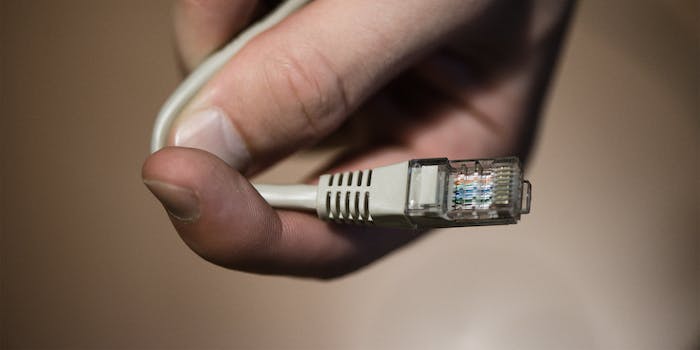 The FCC’s coronavirus pledge just ended, but the pandemic hasn’t. What happens next?

Congress seems to be taking notice of the digital divide in light of the pandemic.

Many of the country’s internet service providers (ISPs) signed a voluntary pledge not to shut off service during the coronavirus pandemic earlier this year.

But with that pledge ending earlier this week—and the pandemic continuing—the question remains: What comes next for those who can’t afford to get online?

The Federal Communications Commission (FCC) launched its “Keep Americans Connected” pledge near the beginning of the pandemic. The voluntary pledge asked ISPs not to shut off service for those who can’t pay their bills, open up Wi-Fi hotspots, and waive late fees.

The FCC has hailed the pledge as the reason why people could stay connected during the pandemic—despite hundreds of people complaining to the agency about companies allegedly shutting off their service.

But with coronavirus cases spiking in some parts of the country and likely prolonging the situation, experts have said the time is right to pass broadband bills that help boost access and affordability for Americans.

Gigi Sohn, a distinguished fellow at the Georgetown Law Institute for Technology Law & Policy and former FCC counselor, told the Daily Dot she felt the pledge was the “bare minimum” of what ISPs could have done during the pandemic, and it was time for Congress to act.

“We need to pass one of the bills that gives a significant subsidy for broadband now. We’re so way past time,” Sohn said.

A flurry of coronavirus broadband bills in Congress

While bridging the digital divide has long been a promise of both Republicans and Democrats, there does appear to be a more focused push on the issue in the wake of the pandemic.

A flurry of bills have been proposed that try to address the connectivity issues of the digital divide which have been highlighted by coronavirus.

On Monday, a group of 26 Democrats in the Senate sponsored the “Emergency Broadband Connections Act” that would give Americans who have been laid off or furloughed during the pandemic a $50-a-month stipend to pay for broadband.

The sponsors said the bill would step in to fill the vacuum created by the Keep Americans Connected pledge ending.

Meanwhile, a bill in the House of Representatives would go even further.

The Accessible, Affordable Internet for All Act seeks to directly address the digital divide—both the underlying access and affordability issues.

The bill would allocate $80 billion for internet infrastructure, require ISPs to offer affordable internet options on that infrastructure, provide a $50 monthly discount for low-income consumers, and use $5 billion to help children get online to help with remote learning.

While those bills have been pushed by Democrats, Republicans have also begun laying the groundwork for their own broadband bills.

Sen. Roger Wicker (R-Miss.) and Rep. Greg Walden (R-Ore.) released “principles for a legislative framework” for a broadband bill. The two lawmakers did not get into specifics, but generally it hopes to fix broadband maps, help students get online, and increase deregulation.

That framework gained the endorsement of FCC Chairman Ajit Pai.

Earlier this year, Klobuchar and Sen. Kevin Cramer (R-N.D.) introduced a bill that would create a fund at the FCC to help smaller ISPs keep people connected during the pandemic.

With all of these proposals floating around, experts said they hope Congress will finally address the digital divide after having a bright light shined on it during the pandemic.

“Certainly there’s commitment on both sides of the aisle. The challenge is going to be, in an election year, can you bring the two sides together to get something passed? Jon Conradi, outreach director at Connect Americans Now, said. “I do have optimism on this, and it’s because there really has never been a greater urgency to bridge the digital divide.”

Sohn added that it was a “national shame” that Congress has not yet passed a bill to make broadband more available.

But while Congress debates the best way to address broadband issues during the ongoing pandemic, ISPs will dictate exactly how consumers get online for the immediate future.

How ISPs are moving forward after the pledge

Around 800 ISPs signed up for the Keep Americans Connected pledge, and Pai urged them to continue to offer similar waivers in the wake of it ending.

Pai told lawmakers last month that broadband companies, “especially small ones,” could not “continue to provide service without being paid for an indefinite period of time; no business in any sector of our economy could.”

He reiterated that during an oversight hearing in the Senate on June 24, adding that there needed to be compensation for the ISPs.

So far, several companies have announced their plans for customers moving forward.

AT&T announced that it would waive home internet data overage charges through September. However, as Ars Technica notes, that waiver will not apply to customers with certain services.

The news outlet spoke with many of the major ISPs regarding what their policies will be moving forward. Verizon said customers who can’t pay bills because of the pandemic can enroll in a repayment program; Cox said it would not disconnect anyone in July and would work with customers on “flexibility” to stay connected; and Altice said customers should contact them to discuss payment options.

However, even with the pledge, hundreds of consumers complained to the FCC, saying providers shut off their service. Some of the customers told the agency they used their last paycheck to pay for internet service so they could apply for unemployment benefits; or said how they had to choose between spending money on groceries or keeping their internet connection on.

With the coronavirus spiking in parts of the country, more people could lose jobs—leading to more decisions like that for customers.

Congress, it appears, is fine with that.