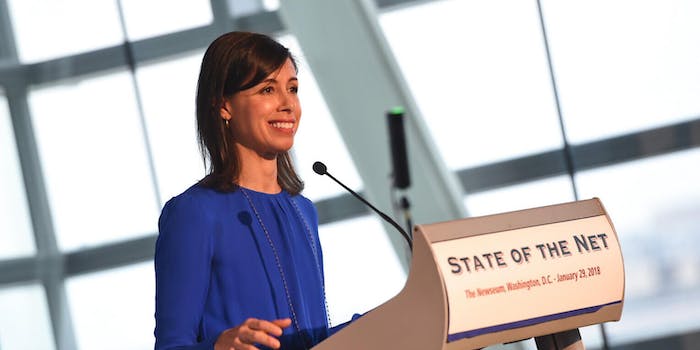 Rosenworcel says the report's methods for collecting data 'leave a lot to be desired.'

Federal Communications Commission (FCC) Commissioner Jessica Rosenworcel criticized the findings of the agency’s annual broadband progress report, arguing that it does not reflect the extent of the digital divide in the United States.

Rosenworcel pointed out in an op-ed for CNN that the data in the report was gathered using a faulty process—a topic that has drawn ire from lawmakers on both sides of the aisle in recent years.

Last week, the FCC released its annual broadband deployment report and found that broadband was “being deployed to all Americans in a reasonable and timely fashion.” Within the report, the FCC asserted that only 18 million people in the United States don’t have access to broadband.

However, Rosenworcel says those numbers were based on a faulty process. For example, she says if a broadband provider tells the FCC that it serves one customer in a census block, the agency assumes everyone within that block also has access.

“This number wildly understates the extent of the digital divide in this country,” Rosenworcel wrote in the op-ed, later adding: “The result is data that systematically overstates service across the country.”

The broadband maps used by the FCC have long been a target of scrutiny among lawmakers. Last year, the Broadband DATA Act was signed into law, which specifically calls for the FCC to create more accurate maps for broadband deployment in the country. The bill had bipartisan support.

Earlier this year, a report from BroadbandNow, a website that helps people check for broadband availablity, found that 42 million Americans don’t have access to wired or fixed wireless broadband.

You can read all of Rosenworcel’s CNN op-ed here.