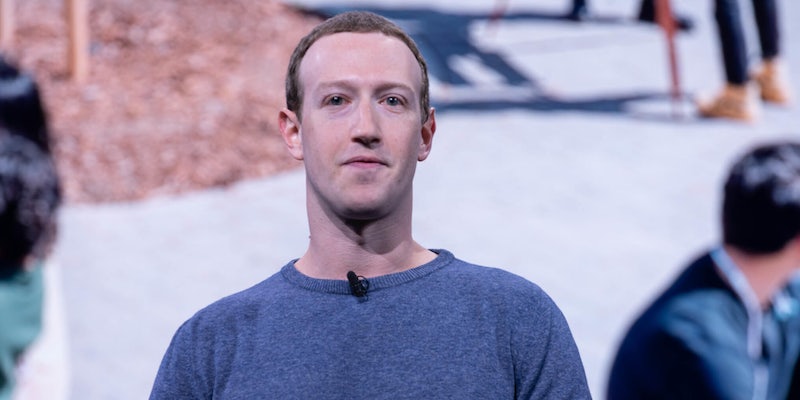 Facebook issues stance on deceptive political ads: Figure it out yourself

Users will have tools to filter out the noise.

In a blog post on Thursday announcing updates to its ad library tool, Facebook issued a stance on ads from politicians that include lies and misinformation.

Figure it out yourself.

Facebook announced that it is building an option for people to see “fewer political ads” and that users would be able to choose that option in their Ad Preferences.

There’s precedent for the decision. Television networks, long the primary domain of politics, never were responsible for fact-checking ads and misleading and untruthful ads often run during primetime.

But the ease of targeting on Facebook has sparked a larger concern. That was magnified when Twitter leaders announced they would ban political ads (although they walked that back a bit after initial backlash) and Google restricted the targeting of its political ads.

…we are choosing to expand transparency and give more controls to people when it comes to political ads.

Unlike Google, we have chosen not to limit targeting of these ads. We considered doing so, but through extensive outreach and consultations we heard about the importance of these tools for reaching key audiences from a wide range of NGOs, non-profits, political groups and campaigns, including both Republican and Democrat committees in the US.

Facebook has been under fire over the past several months as it struggled to craft a policy around the misinformation that flourished on the site in the past half-decade. The site has added trusted news source tags and partnered with political fact-checking organizations, but the outrage reached a peak in October when it announced it would not remove misleading ads published by politicians.

In addition to this, Facebook is adding to its Ad Library, which will allow you to see audience size of ads, as well as an improved search function, and “control over a custom audience from a list.” This customization could, however, be difficult to find and parse through for many users. As Facebook writes:

Control over Custom Audiences from a list: Later this month we will begin rolling out a control to let people choose how an advertiser can reach them with a Custom Audience from a list. These Custom Audiences are built when an advertiser uploads a hashed list of people’s information, such as emails or phone numbers, to help target ads. This control will be available to all people on Facebook and will apply to all advertisers, not just those running political or social issue ads. People have always been able to hide all ads from a specific advertiser in their Ad Preferences or directly in an ad. But now they will be able to stop seeing ads based on an advertiser’s Custom Audience from a list — or make themselves eligible to see ads if an advertiser used a list to exclude them. For example, if a candidate has chosen to exclude you from seeing certain fundraising ads because they don’t think you will donate again, but you still want a chance to see those ads, you can stop yourself from being excluded.

So basically, one of the world’s largest corporation, with an estimated net worth of over $600 billion, has settled on its solution to secure the 2020 election on its platform: You deal with it.