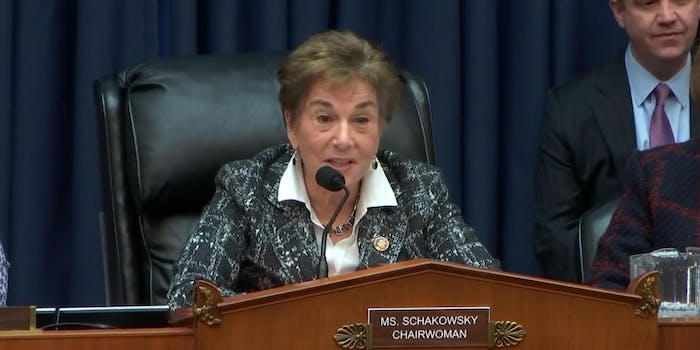 Deepfakes took center stage during a congressional hearing on Wednesday.

The chairwoman of the House Consumer Protection and Commerce subcommittee blasted Facebook on Wednesday for its recently announced policy surrounding deepfakes, calling it “wholly inadequate.”

The social media giant announced the policy earlier this week, just ahead of one of its executives speaking before the subcommittee today about deepfakes and other forms of deception online.

Deepfakes, videos that superimpose people’s faces or voice over things they have not said or done, have entered the national conversation in recent years, with some people trying to shed light on the impact they could have on democracy.

Rep. Jan Schakowsky (D-Ill.), the chairwoman of the subcommittee, started off the hearing by saying Facebook was “scrambling” to put out a “wholly inadequate” policy before the hearing during her opening statement.

“Congress has unfortunately taken a laissez-faire approach to regulation of unfair and deceptive practices online over the past decade,” she said, adding: “The result is big tech failed to respond to the grave threats posed by deepfakes, as evidenced by Facebook scrambling to announce a new policy that strikes me as wholly inadequate… since it would have done nothing to prevent the video of Speaker Pelosi that amassed millions of views and prompted no action by the online platform. Hopefully our discussion today can change my mind about that.”

Facebook’s policy, which was unveiled on Monday, says that the social media giant will remove deepfakes if they have been edited “in ways that aren’t apparent to an average person and would likely mislead someone into thinking that a subject of the video said words that they did not actually say.” 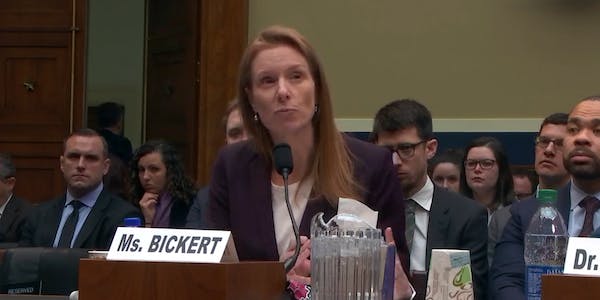 The company also said they will be removed if the videos use artificial intelligence or machine learning that “merges, replaces or superimposes content onto a video, making it appear to be authentic.”

The policy would not be used to enforce satirical videos or videos that are edited to omit words or change the order of words.

During her questioning of Monica Bickert, Facebook’s vice president of global policy management, Schakowsky specifically asked whether the new policy would be enforced for a video that circulated earlier this year of House Speaker Nancy Pelosi (D-Calif.) that was edited in a way to make her seem drunk and slurring her words.

That video was not a deepfake but rather an edited video.

“It would not fall under that policy, but would still be subject to our other policies that address misinformation,” Bickert responded.

As the clip was going viral, Facebook did not take down the video, but Bickert told Fox News in June that users would be told that it was false if they viewed or shared it.