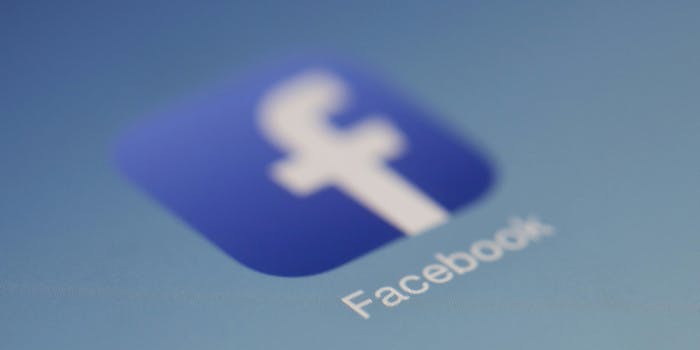 Facebook detailed a number of practices in a 225-page document for the Judiciary Committee.

We know Facebook tracks a lot of information about its users, but the full extent of its data tracking has always been unclear. Thanks to a 225-page document filed to the U.S. Senate Committee on the Judiciary, we’re starting to learn more, including how the site tracks users’ mouse movements onscreen.

Facebook answered 2,000 questions posed by the Senate Committee. Among these, Facebook explained that it collects information about users’ computers, phones, or other connected devices, including their mouse, reports India Today. The main purpose is to personalize content, but mouse movements are also tracked to help the company analyze whether a user is a bot or not. A person’s mouse movements also reveal whether Facebook is open on the foreground or background of their computer—so Facebook knows if you’re actually browsing the site, or merely have it open in one of a dozen different browser tabs.

Facebook detailed other metrics it tracks about users, as well. It monitors just about everything about the devices that you use to access Facebook. This includes data about what operating system you use, what hardware you’re on, the software version you’re using, and even things such as your cellular signal strength, Bluetooth connectivity, and battery levels. It also looks at the available storage space on your device, file names and types, unique device identifiers, what browser you’re using, and what browser plugins you use.

In short, Facebook not only tracks what device you’re on and whether Facebook is in the forefront of that experience. It also knows just about everything there is to know about your device and how you use it.

In recent months, Facebook has struggled to save face following the Cambridge Analytica scandal, in which a third-party abused access to Facebook data. The social network made a number of changes to help give users greater control of their data and privacy. It also conducted an audit of its connected apps, banning more than 200 for possible data misuse. However, revelations such as these from this Senate Committee dossier don’t aid the company’s case.