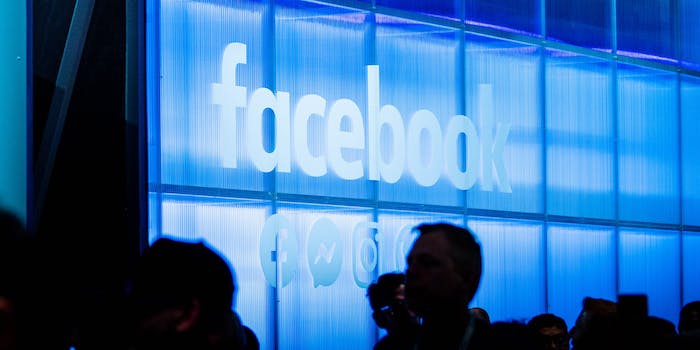 The company said the politicians posts should generally 'be seen and heard.'

Facebook announced on Tuesday that all posts from politicians on the platform will be considered newsworthy and subject to less restrictions.

The social media giant made the announcement in a blog post on Tuesday. Within it, it says: “from now on we will treat speech from politicians as newsworthy content that should, as a general rule, be seen and heard.”

The company has had a newsworthiness exemption since 2016.

Facebook also announced that while it does not send content or ads from politicians to third parties for fact-checking, if a politician does share previously debunked content, the company will “demote that content, display related information from fact-checkers, and reject its inclusion in advertisements.”

“That’s why I want to be really clear today—we do not submit speech by politicians to our independent fact-checkers, and we generally allow it on the platform even when it would otherwise breach our normal content rules,” Nick Clegg, the company’s vice president of global affairs and communications, said in prepared remarks from a speech that was attached to the blog post. “Of course, there are exceptions. Broadly speaking they are two-fold: where speech endangers people; and where we take money, which is why we have more stringent rules on advertising than we do for ordinary speech and rhetoric.”

Facebook is not the only company that has grappled with politicians’ posts that may violate its standards.

In June, Twitter announced that it would put a warning label on tweets from politicians were against its rules. The label, which would apply only to politicians, would say the company’s rules were violated by the tweet, but that Twitter “determined that it may be in the public’s interest for the tweet to remain available.”

You can read all of Facebook’s announcement here.