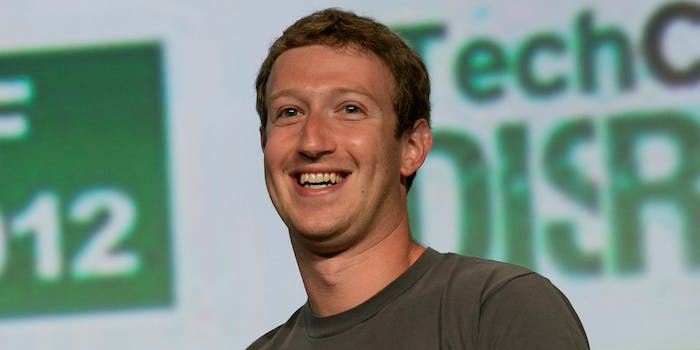 Facebook won’t show gun accessory ads to users who are under the age of 18 beginning next week, according to CNet.

The social media behemoth already bans ads for gun sales and weapon modifications. But beginning next Thursday, Facebook will confirm that a user is at least 18 years old before they can view ads for gun holsters and belt accessories.

More from CNet: “Facebook updated its advertising policy page with examples of what kinds of firearm ads are and aren’t allowed on the platform. For example, ads for gun cases, slings and gun paint are allowed, but only with the new age restriction. Ads for firearms themselves, ammunition, paintball guns, or BB guns aren’t allowed.”

Facebook has been under immense pressure lately for a variety of reasons. It’s been embroiled in the Cambridge Analytica scandal in which the site didn’t stop the political data firm from exploiting the personal information of nearly 90 million people. That revelation has badly besmirched the reputation of the social media site and its founder Mark Zuckerberg.

In recent weeks, Facebook had to apologize for making public the private posts of 14 million people and for taking four days to fix it. It’s also had its fair share of issues with the General Data Protection Regulation (GDPR) that has given new data rules for users in Europe.

Facebook isn’t the only social media site to deal with the question of guns. In March, YouTube deleted a number of gun-related channels, including those who used video links that sent viewers to firearms sale ads.