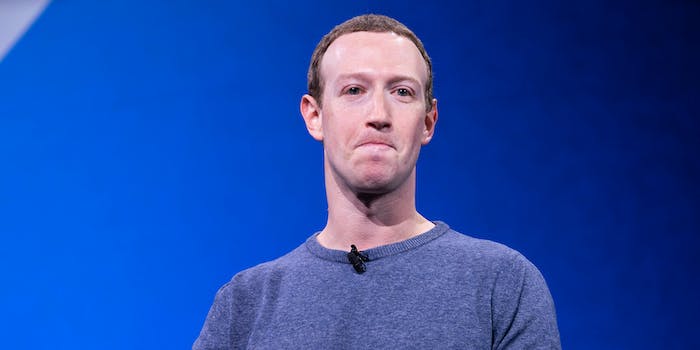 The FTC's lawsuit can move forward.

A federal judge ruled that an antitrust lawsuit from the Federal Trade Commission (FTC) against Facebook can proceed, rejecting a request from the social media giant to have it dismissed.

The decision by Judge James Boasberg of the U.S. District Court of the District of Columbia is the latest in a number of twists and turns the suit has taken in recent months. Last June, Boasberg dismissed the FTC’s lawsuit but left the door open for the commission to refile an amended complaint.

In August, the FTC filed its amended complaint. Facebook, now under an umbrella company called Meta, asked the court to dismiss it again in a filing in December.

In his opinion on Tuesday, Boasberg said the FTC’s first complaint “stumbled out of the starting blocks.” He found that the amended complaint still made the same arguments, but had facts that were “far more robust and detailed than before,” specifically regarding Facebook’s “alleged monopoly.”

“Ultimately, whether the FTC will be able to prove its case and prevail at summary judgment and trial is anyone’s guess,” Boasberg wrote. “The court declines to engage in such speculation and simply concludes that at this motion-to-dismiss stage, where the FTC’s allegations are treated as true, the agency has stated a plausible claim for relief under Section 2 of the Sherman Act. The court, consequently, will deny Facebook’s motion.”

Boasberg added: “Although the agency may well face a tall task down the road in proving its allegations, the court believes that it has now cleared the pleading bar and may proceed to discovery.”

Khan has drawn massive support from progressives, and lawmakers have said the companies trying to have her recuse herself was an attempt by the companies to “bully” their regulators.

“Although Khan has undoubtedly expressed views about Facebook’s monopoly power, these views do not suggest the type of ‘axe to grind’ based on personal animosity or financial conflict of interest that has disqualified prosecutors in the past,” the judge wrote, adding: “There is no indication that Chair Khan’s decision to seek reinstatement of the FTC’s suit against Facebook was based on anything other than her belief in the validity of the allegations. Such behavior does not necessitate recusal.”