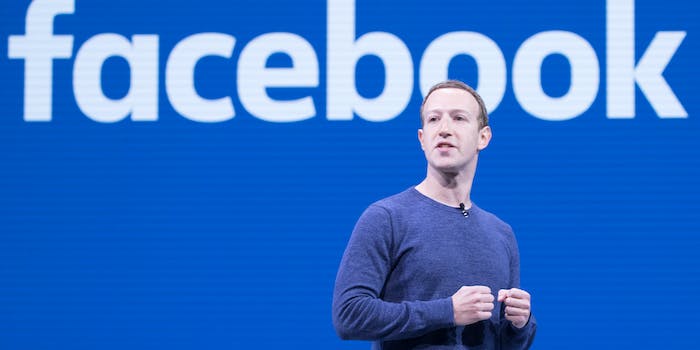 The move is a change in policy for the social media giant.

Facebook announced on Monday that it would begin removing content that denies that the Holocaust happened, a change in policy that left the social media giant in hot water a few years ago.

In July 2018, Zuckerberg, who is Jewsish, drew criticism over remarks he made during a Recode interview where he said that Holocaust denialism is “deeply offensive,” but he didn’t “believe that our platform should take that down because I think there are things that different people get wrong.”

Meanwhile, groups have been pushing the social media giant to ban Holocaust denial posts and content.

Zuckerberg, in his Facebook post about the change on Monday, seemed to hint at the controversy his Holocaust denial decisions in the past had raised.

“I’ve struggled with the tension between standing for free expression and the harm caused by minimizing or denying the horror of the Holocaust,” Zuckerberg wrote. “My own thinking has evolved as I’ve seen data showing an increase in anti-Semitic violence, as have our wider policies on hate speech. Drawing the right lines between what is and isn’t acceptable speech isn’t straightforward, but with the current state of the world, I believe this is the right balance.”

Facebook said that while enforcement on the ban “cannot happen overnight,” it will direct users to “credible information off Facebook” if they search for the Holocaust or Holocaust denial on the site.