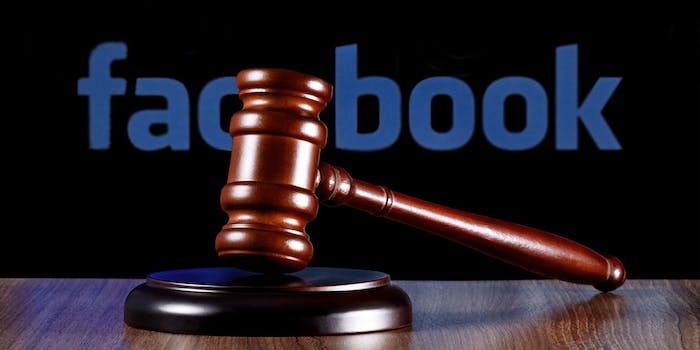 A previously successful fundraiser got absolutely no engagement.

In the days following the leaked draft of a Supreme Court opinion that would overturn Roe v. Wade, the Supreme Court decision that protects the nationwide right to an abortion, Facebook users said that posts about abortion healthcare were receiving less engagement, accusing the tech giant of hiding it from news feeds.

Numerous users commented that while platforms like Twitter appeared to have constant conversation about abortion in the wake of the leaked draft, including discussions about accessing abortion services should the federal protections granted by Roe be taken away, Facebook users said those conversations were absent.

While the claims are difficult to definitively corroborate, users noticed the disparity between the networks. And it undoubtedly would follow a pattern for Facebook, which has been accused of similar behavior in the past.

Timothy Faust, author, Health Justice Now: Single Payer and What Comes Next, tweeted that he had “zero abortion content in my Facebook newsfeed” despite being friends with several people who work at abortion clinics who made posts about abortion access. According to Faust, he was able to find links to fundraisers and other content posted by these users by manually visiting their profiles, but did not see the content organically in his feed.

Faust told the Daily Dot that he’s an active Facebook user and is connected with abortion activists on the platform, so he was shocked to see very few posts about the threat of Roe being overturned. “I expected to see at least one post about the Roe decision. I saw none except for one from a friend who typed it ‘@b0rti0n.’”

Anecdotally, he said that he also saw less engagement than expected when he posted about abortion on Facebook. “I post a pretty good blend of politics stuff and general life stuff on Facebook and have a vague idea of how many likes or comments a post will get,” he said.

A post containing the word abortion received just three likes, he said. Another post with similar content but with the word “abortion” censored got 22. Faust also said a link to a fund for an abortion clinic he works at didn’t generate any engagement, despite raising nearly $4,000 when he had previously posted it a month earlier.

Faust wasn’t alone in observing the lack of engagement on abortion-related posts. Chris Henderson-Bauer, an editor and writer, tweeted, “My Twitter feed is wall-to-wall abortion rights. My Facebook feed had ZERO abortion rights posts on it. When I checked my friends’ walls individually, they were full of SCOTUS posts with zero likes or interaction.”

The Daily Dot reached out to Meta, Facebook’s new parent company, for more information but did not receive a response.

​​Benedict Nicholson, Head of Research and Editorial at real-time media monitoring platform NewsWhip, told the Daily Dot that the Politico article about the leaked Supreme Court decision received “hundreds of thousands of engagements.” The organization said it has not been monitoring activity about content with terms related to abortion, although Nicholson noted they have “not noticed anything out of the ordinary.”

But while responses to the original Politico article that broke the news may have been plentiful, it was just a drop in the bucket of posts made about the decision and about abortion. Distraught, frustrated people used social media to share personal experiences about abortion, voice their opinions, and share other related content about abortion access across the country.

Were they, some now wonder, yelling into a void? This is not the first time that Facebook has been accused of restricting or suppressing content related to abortion care. Last year, after a law in Texas that banned abortions six weeks after pregnancy went into effect, Facebook and Instagram hid posts about two popular abortion drugs, mifepristone and misoprostol. Facebook said that the terms were blocked in error.

It appears that Instagram is still restricting access to some of the content about these pills. As of May 5, the Daily Dot confirmed that searches for the hashtags #mifepristone and #misoprostol both produce a warning message that states recent posts “are hidden because some posts may not follow Instagram’s Community Guidelines.” No indication is given as to which guideline the posts violate.

The Daily Dot reached out to Instagram, which is owned by Meta, for more information.

Facebook has had a long history of uneven enforcement when it comes to abortion-related posts. In 2012, the company removed a post containing information on how to perform an abortion with misoprostol. In 2017, the platform deleted a group that connected women in places that restrict abortion access with doctors, saying it promoted drug use. Three years ago, Facebook drew ire when it decided to take down an accurate fact check correcting misinformation about abortion after anti-abortion groups complained about it.

Facebook has typically responded to the incidents by calling them mistakes. Following the 2012 incident, Facebook apologized and restored the content. It also reinstated the group it removed in 2017, and chalked the incident following Texas’ abortion ban up to an error.

Facebook has taken heat for removing anti-abortion content, too. In 2020, anti-abortion group the Susan B. Anthony List claimed that a political advertisement it paid to run on the platform was blocked because it contained information that was determined to be false by third-party fact-checkers.

Heidi Moseson, Ph.D., MPH, Senior Research Scientist at Ibis Reproductive Health, was part of a research project to study abortion-seeking experiences online, including through Facebook. She told the Daily Dot that during their research, “we have had multiple experiences on the administrative side wherein paid advertisements that we submitted to the platform, designed to recruit participants for studies, were denied, or our account suspended, due to changes in the platform’s views on what is considered a ‘political’ ad,” she said.

Moseson explained that, as she understands it, Facebook has at times “viewed ads related to abortion as ‘political,’ rather than healthcare or research as intended.”

She also noted that during their research, they did not come across any participants who made any claims that information about abortion was being suppressed on the platform.

Last year, Facebook announced that it was tweaking its algorithm to downplay political content in news feeds as part of an effort to dial back the heated debate on the platform. Facebook also has the ability to shift the reach of posts whenever it sees fit, as a way to tone things down. Given the initial uproar over the news the night it leaked, it’s very possible Facebook kept abortion-related posts away from users’ feeds.

Meaning a platform designed to share human experiences—as women opened up about their abortions to highlight their concerns over a possible ban—instead may have actively curtailed those.