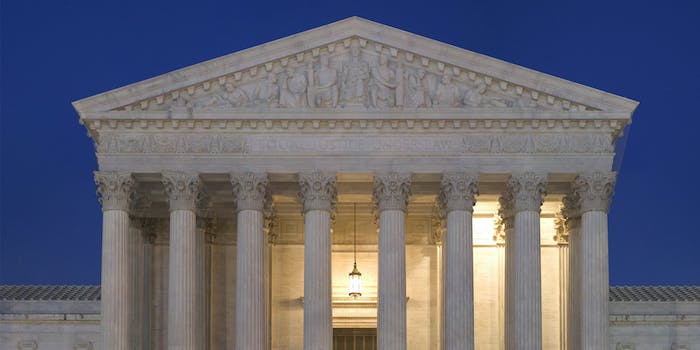 Despite what would seem to be a victory, they're more concerned with tarring the person who leaked it.

Monday night, POLITICO dropped a shocking scoop that reverberated across the nation: A draft decision from the Supreme Court showed that it is poised to strike down Roe v. Wade, overturning a half-century precedent around the right to an abortion in the United States.

The news itself was shocking, even as a number of legal observers long warned the right-leaning court would strike down Roe when it had the chance. If the draft decision turns out to be final, a number of states have “trigger” laws that would kick in immediately, effectively shutting down the right to an abortion in almost half the U.S.

The news was a jarring moment in American history, given its shocking ramifications. But additionally, Supreme Court decisions almost never leak out before they are released.

And although this is everything the Republican party has wanted out of politics for the past 50 years, a moment in which they should be cheering and reveling, they were instead obsessed with tracking down who leaked the ruling, calling it an affront to decorum and suggesting whoever did it was fomenting violent protest.

Even Sen. Ted Cruz (R-Texas), who praised the ruling, needed to include an aside to condemn the manner in which it leaked, saying, “I hope my fellow former clerks and the entire legal community will join me in denouncing this egregious breach of trust.”

Some went so far as to call it an act of insurrection.

On Twitter, several prominent accounts even pointed to a name of a clerk they believed leaked it, tying it to several quotes in previous articles, believing they’d ID the person. Tweets with that person’s name, calling for their arrest, floated across the internet.

The issue at hand is that the Supreme Court believes it needs to be free from public pressure to make decisions and that the backlash to this ruling out in the open could affect how they actually rule on the matter, or on cases going forward.

A few on the right even called the leak a threat to the life of the justices.

That said, the idea that the person leaking it had to be working with a justice in the minority wasn’t entirely agreed upon, with some theorizing a leak could have come on the right to harden the five-vote majority to overturn Roe v. Wade.

The court’s final ruling isn’t expected to be released for another two months.