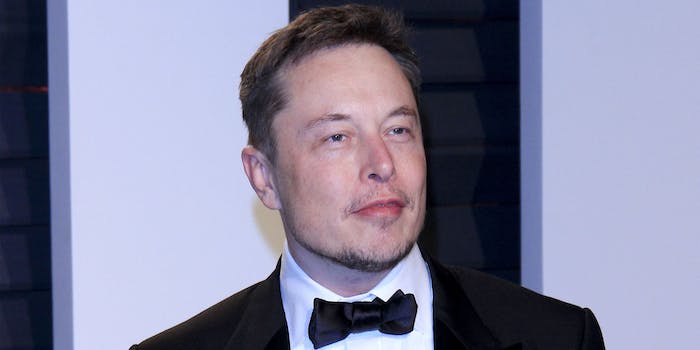 Not everyone with the last name Rothschild belongs to the banking family.

A Twitter user is being falsely accused of belonging to the Rothschild banking family after criticizing billionaire Elon Musk.

The incident unfolded on Wednesday after Musk stated that although he had always voted for Democrats in the past, he would now vote for Republicans due to the other party’s “division and hate.”

The tweet, which was shared more than 135,000 times, led to an influx of both support and condemnation for the Tesla CEO.

One such critic was Twitter user David Rothschild, who accused Musk of attempting to play the victim.

“Rich white son of emerald mine owner who grew up in apartheid South Africa is the real victim in our society,” he wrote.

Supporters of Musk quickly jumped to his defense by arguing that it was absurd for a member of the Rothschild family to be accusing anyone else of privilege.

Although there are legitimate criticisms of the family’s history, such as its previous ties to the slave trade, the Rothschilds have also been the target of antisemitic conspiracy theories for centuries.

“Imagine dissing on someone for their family history when your family has owned a banking dynasty that has been influencing the world for the past 300 years lol,” one user wrote.

“A literally freaking ROTHSCHILD everyone……” he said in a since-deleted post.

The issue became so widespread that the name #Rothschild became a top trend across Twitter on Thursday.

Yet Rothschild merely has the same last name as the banking family and is not actually related. Twitter users appeared to be confusing Rothschild with an actual member of the family named David Mayer de Rothschild.

Those who were aware of the incorrect claim shot back at Musk’s supporters for the false assumption.

“‘Rothschild’ is trending because a bunch of people who think this guy is a member of the banking family are pointing out the ‘irony,’ which is roughly equivalent to thinking anyone with the last name ‘Ellison’ is related to Larry,” one user said.

Rothschild has since responded to the backlash by further criticizing Musk, who is currently attempting to purchase Twitter, noting that his responses have been filled with antisemitic remarks.

“I insulted @elonmusk yesterday on @Twitter, so for the next 24-48 hours there will be 100’s of replies drowning out whatever I say w/ something witty like ‘shut-up Jew,'” he wrote. “Fulfilling Elon’s vision of ‘free speech’ utopia where anyone who speaks truth to power is drowned out w/ hate.”

Despite the false claims, Rothschild is actually an economist at Microsoft Research in New York City.