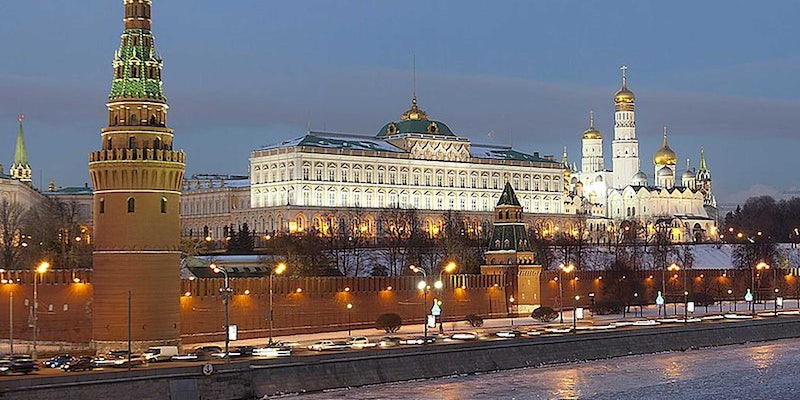 Here’s a sentence that would only make sense in 2016: The Russian government has denounced Donald Trump‘s latest Instagram post for “demonizing” Russia.

The post shows Russian President Vladimir Putin doing martial arts, an ISIS fighter pointing a handgun at the camera, and Hillary Clinton barking at a campaign rally. It’s one of those thing you just have to watch for yourself.

Is this what we want for a President?

If anything sums up the state of American political discourse in 2016, it’s this post. But Russia isn’t playing along.

Kremlin spokesman Dmitry Peskov condemned the video at a press conference, telling reporters, “I saw this clip. I do not know for sure if [President] Vladimir Putin saw it. [But] our attitude is negative.”

“It’s an open secret for us that demonizing Russia and whatever is linked to Russia is unfortunately a mandatory hallmark of America’s election campaign,” Peskov said. “We always sincerely regret this and wish the [U.S.] electoral process was conducted without such references to our country.”

Russian state television, which generally reflects the views of the government, has given Trump more positive coverage than other American presidential candidates.