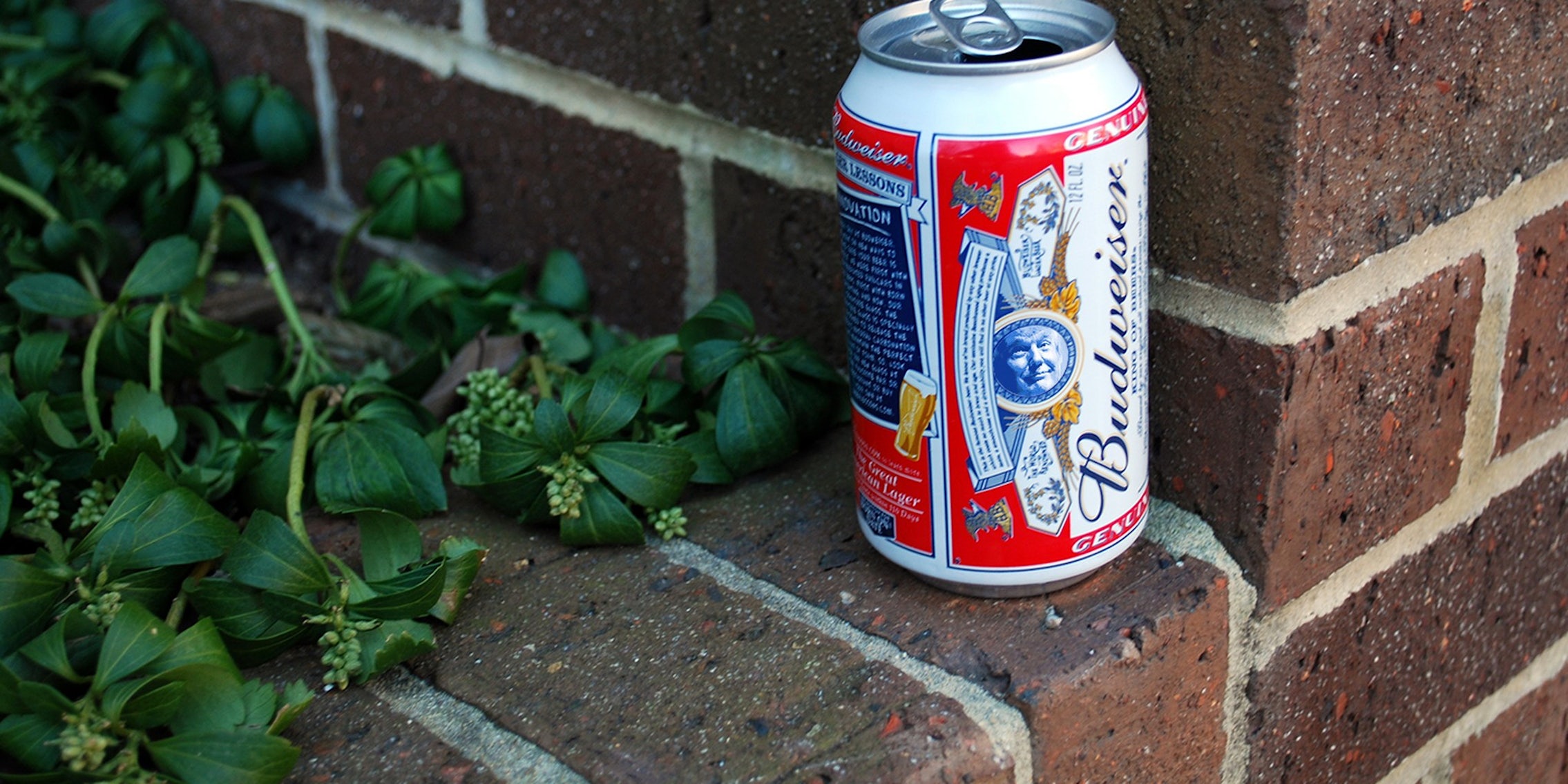 Now that Donald Trump is the presumptive Republican presidential nominee, the New York billionaire is making some new presumptions of his own.

During a Wednesday morning phone interview on Fox and Friends, co-host Steve Doocy asked Trump whether he was the reason why Anheuser-Busch relabeled Budweiser beer “America” for the 2016 election season. “I think so,” Trump said. “They’re so impressed with what our country will become that they decided to do this before the fact.”

At press time, Anheuser-Busch had not responded to the Daily Dot’s requests for confirmation that Trump had inspired the label change.

Budweiser’s marketing stunt, revealed by Fast Company on Tuesday, includes a variety of label changes beyond replacing the beer’s name with “America.” The labels will also include text from the Pledge of Allegiance, the Star Spangled Banner, and more. Mark Wilson of Fast Company writes:

To name just a few of the updates: “King of Beers” has been changed to “E Pluribus Unum,” “The World Renowned” changed to “Land of the Free,” and “Anheuser-Busch, Inc.” updated to read “Liberty & Justice For All.” Even legalese like “Trademark” was changed to “Indivisible,” and “Registered” changed to “Since 1776” (you know, the year America was founded—even though, technically, Budweiser wouldn’t be available for another 100 years).

If Trump did inspire the relabeling, it would not be his first foray into the adult-beverage industry. The businessman also owns Trump Wine and owned Trump Vodka before the company collapsed. Trump Vodka’s slogan, by the way, was, “Success Distilled.”

Despite selling alcohol to Americans, Trump himself does not drink.

“I don’t drink, and it’s very easy for me not to drink,” Trump told Forbes in 2011. “I tell people, ‘What are you drinking for?’ And they don’t even understand what I’m saying.”