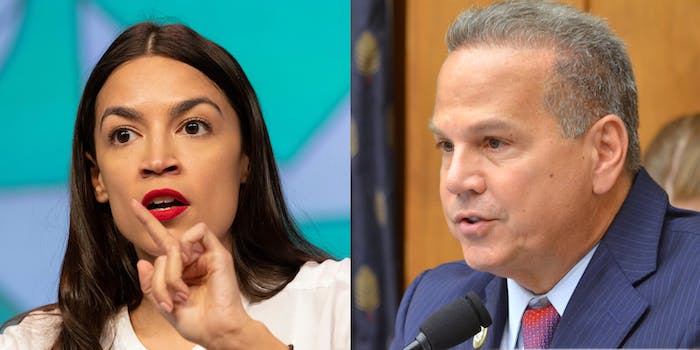 A bill was introduced with the same sentiments last month.

Several Democrats in the House of Representatives are pushing congressional leadership to include a provision in the next coronavirus relief bill that would stop corporate mergers that don’t include severely distressed companies.

The push echoes sentiments from Sen. Elizabeth Warren (D-Mass.) and Rep. Alexandria Ocasio-Cortez (D-N.Y.), who introduced a bill last month that would stop mergers and acquisitions during the coronavirus emergency.

In their letter, the House Democrats argued that a moratorium on mergers would halt “predatory mergers and takeovers that risk further concentrating wealth and power and decimating independent business.”

“Although this is a time of anxiety and despair for the vast majority of Americans, some see the present crisis as an opportunity ripe for exploitation. As millions of businesses struggle to stay afloat, private equity firms and dominant corporations are positioned to swoop in for a buying spree, rolling up industries and saddling independent businesses with debt,” the lawmakers wrote, adding: “If Congress does not act, predatory mergers and takeovers will enable a small number of investors and executives to further concentrate wealth and control at the expense of workers and independent business.”

The letter also argues that mergers during the recession around 2008 “led, in several major instances, to the firing of millions of workers, slowing of investment in innovation, and huge increases in executive bonuses.”

Specifically, the letter says the next coronavirus relief bill should not allow mergers unless a firm is “truly failing” or is part of bankruptcy transaction.