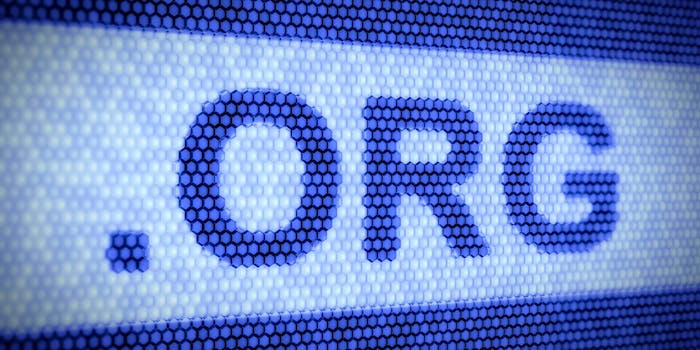 The non-profit organization that oversees internet domains has rejected a proposal to sell the .org domain to a private equity firm, a potential deal that drew intense criticism in recent months.

The Internet Corporation for Assigned Names and Numbers (ICANN) announced on Thursday that its board had rejected a proposal by the Internet Society to sell the Public Interest Registry (PIR), a non-profit that runs the .org domains, to Ethos Capital for $1 billion. ICANN granted PIR the right to run the .org domain in 2002.

That proposal drew fierce backlash, with more than 870 organizations and nearly 27,000 people calling for ICANN to reject the sale as part of a “Save Dot Org” campaign.

The Electronic Frontier Foundation (EFF) warned that the sale would give Ethos Capital the power to “censor the speech of nonprofit organizations … to advance commercial interests, and to extract ever-growing monopoly rents from those same nonprofits.”

ICANN seemed to agree with the criticism, saying that the sale would have made PIR an “entity that is bound to serve the interests of corporate stakeholders” and that there was “no meaningful plan to protect or serve the .org community.”

Meanwhile, Ethos said ICANN’s decision set a “dangerous precedent,” claiming that it “overstepped its purview.” The private equity firm added it was “evaluating its options.”

As Ars Techinca notes, while the decision by ICANN is a blow to the sale to Ethos, it’s possible that the Internet Society could take it to court over the blocked sale.