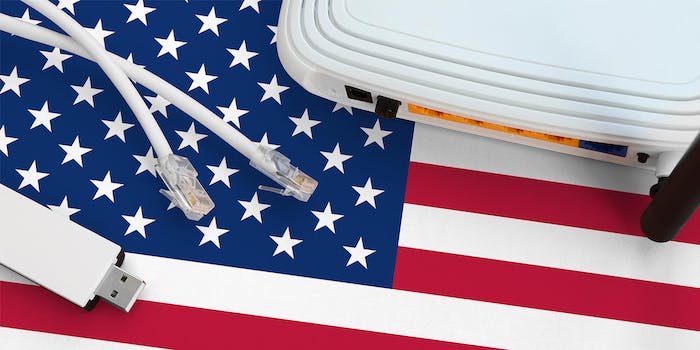 “Internet connection and digital literacy are no longer seen as a luxury,” said a small-town Tennessee mayor in an interview with the Times Free Press. “They are a necessity to participate in modern life.”

What does Chattanooga Mayor Andy Berke know about the cutting edge of modernity? It turns out: a lot. Nearly ten years ago, Chattanooga launched the country’s first-ever municipal internet service. At 1 Gigabit per second (Gbps), it was the fastest broadband internet in the entire United States—in a city of just 170,000 homes and businesses.

Chattanooga still offers some of the nation’s fastest internet speeds at incredible prices. For just under $30 per month, a low-income resident in the area can soon access 100 Megabits per second (Mbps) speeds. Anyone else can get 300 Mbps of internet for just under $60 per month.

In many parts of the country, that’s an unfathomable luxury.

The FCC defines a minimum of 25 Mbps as broadband speed, but with so little internet infrastructure outside of cities, rural residents see significantly lower speeds—at a massive premium.

Bay area tech employee Larissa Schiavo, who relies heavily on the internet for work, recently oversaw the installation of her grandmother’s internet in rural Ohio, which took several months and cost $1,000 upfront. The monthly price on top of that cost came out to about $150 per month for 30 Mbps internet with a 25 Gigabyte data cap.

As a contrast, her own internet in California provides speeds of up to 1 Gbps (1,000 Mbps) with a 2 Terabyte (Tb) data cap for $70 monthly. Scaled proportionally, if Schiavo paid what her grandmother paid, she would need roughly $1,000 per month to afford her high-internet speeds.

“At a certain point, it’s effectively a right, a necessity to survive and function,” Schiavo told the Daily Dot.

As with many other facets of American life, coronavirus has complicated our relationship with our internet service providers: now, more than ever, people need reliable access to the internet.

Workplaces, schools, entertainment hubs, medical facilities, stores, and social interactions all migrated online in light of strict social distancing requirements. Without a reliable internet connection, it is virtually impossible to participate in any of these activities.

Yet much of the country still remains unconnected.

In 1936, President Franklin D. Roosevelt signed into law as part of the New Deal the Rural Electrification Act (REA) to provide federal loans toward installing electrical distribution systems in remote areas of the country.

Subsequent amendments to the REA expanded rural telephone access in 1949 and 1993, and broadband access in 2008. In 2011, President Obama vowed to make high-speed wireless internet available to 98% of Americans.

Most recently, even President Trump called for $50 billion in rural spending—but no funding has been allocated to rural broadband deployment and high-speed internet is still largely absent from these areas.

Despite this increase in adoption, rural Americans still lag behind the rest of the United States in access, where 75% of adults boast a connection. Fifteen percent of rural adults never use the internet, and access problems could be a major factor. In a 2018 PEW study, a quarter of rural American adults said high-speed internet access was a major problem in their community, while the majority of U.S. adults in urban and suburban areas face no problems in accessing the internet.

Why does this urban-rural divide persist despite billions in investment and government subsidies? The simple answer is that it’s not profitable for ISPs to lay down infrastructure in rural areas which are spread far apart and often host formidable, undeveloped terrain.

With so few people actually using the internet in those areas, the return on investment is extremely low. The only way these communities will ever get access to the kinds of broadband speeds a Bay Area tech employee has is if the federal government coordinates country-wide internet infrastructure—and subsidizes the costs.

With the United States unemployment rate at its highest since the Great Depression, the average American cannot afford to pay $150 per month for laughably low Internet speeds with the kind of data caps that would prevent someone from even reliably checking their email regularly.

But the new normal in the United States is a household with parents working through Zoom, children attending school through Blackboard, and children too young for school passing the time on YouTube or other streaming services.

This kind of internet usage is unprecedented (internet speed measurement tool Ookla estimated a 10% drop in average download speeds as a result of increased load).

And it’s became a utility that is as important as water, a necessity the government should and could provide.

While some ISPs like Charter Communications have moved quickly to address access issues, profit-driven ISPs will always seek a business model that ultimately costs customers money for access.

And right now, for many people, that access can be the difference between life and death, a job and unemployment. It’s an instance like, in the face of a pandemic, where the government has a responsibility to its citizens to step in.