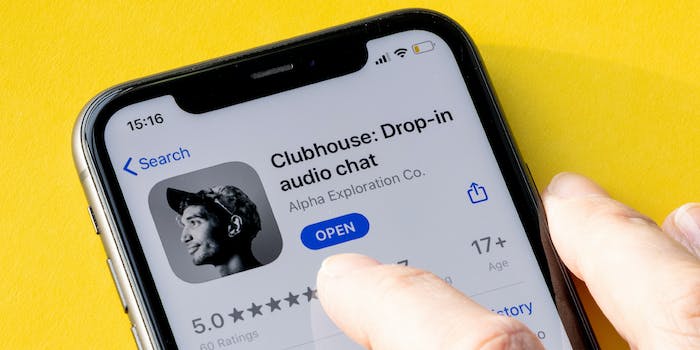 It's been a rough few weeks for social media users and personal information.

Clubhouse joined a series of other social media platforms dealing with personal information of users being posted online this week after more than 1.3 million users had information scraped and posted on a hacker forum, according to a new report.

LinkedIn, Facebook, and now Clubhouse accounts have been widely scraped and posted online. Facebook’s data was recently put online for free. The combined data leaves hundreds of millions of social media users’ personal information and data up for grabs.

Cyber News reports that 1.3 million accounts on Clubhouse were collected and posted on a popular hacker forum for free.

Clubhouse, however, maintained that the platform hasn’t been hacked in a tweet. The app, which has been gaining in popularity over the last year, said the information that was scraped was public profile information.

That information includes user IDs, names, photo URLs, usernames, Twitter and Instagram handles, number of followers, accounts followed by the user, account creation date, and the profile name from the inviting user, according to Cyber News.

Clubhouse launched mid-pandemic as an invite only audio service. Invited users can open unsaved chatrooms to speak to a group of listeners and other speakers.

The platform joins LinkedIn and Facebook who were also had information scraped recently. Cyber News also reported that 500 million LinkedIn accounts were compiled for sale online.

Meanwhile, private information from about 533 million Facebook pages were also found in an online hub. Facebook CEO Mark Zuckerberg was among the users whose information was part of the leak.

While Clubhouse says that all of this information is already public, the compilation of data leaves users susceptible to phishing attacks or identity theft.