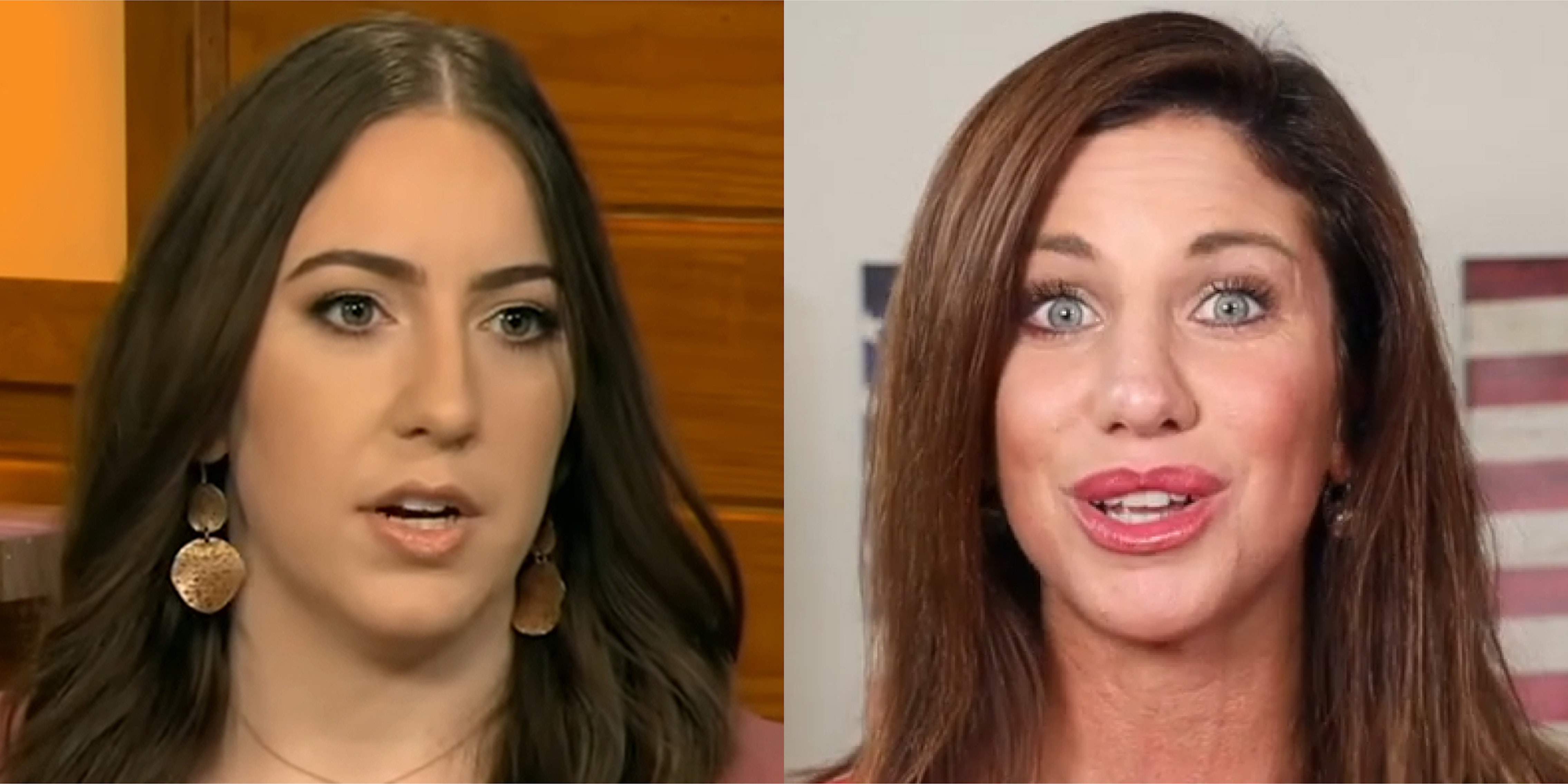 It was one of Chaya Raichik's first interviews since revealing her identity.

Libs of TikTok creator Chaya Raichik officially revealed herself on Tucker Carlson’s show two weeks ago. This week, the woman behind the massive anti-LGBTQ Twitter account gave an exclusive interview to a QAnon follower who attended the Capitol riot and espouses a wide variety of bizarre conspiracy theories.

Raichik appeared on conspiracy theorist DeAnna Lorraine’s show on Tuesday. The interview, first reported by Media Matters, was one of her first public appearances since she sat down with Carlson in late December.

During the show, the two covered the same homophobic and transphobic ground that Raichik focuses on as Libs of TikTok. They spent much of the interview smearing LGBTQ people as groomers, a slur that falsely equates sexual orientation and gender identity with pedophilia.

At one point Raichik claimed that leftists want to normalize pedophiles by encouraging people to instead refer to them as “minor-attracted persons.”

“They have no problem with people being attracted to minors,” Raichik said.

She similarly claimed without evidence that pedophilia is “much more common” in schools.

“It’s crazy that they allow kids to decide to be transgender or nonbinary. A child is not old enough to make that decision,” Raichik said. She is considered to be among the most influential peddlers of transphobia on the web.

“This radical transgender movement also is a slippery slope to pedophilia,” Lorraine replied.

Conservatives have obsessively pushed this talking point over the last few years, although studies show that the vast majority of sex offenders who prey on children are cisgender.

While Raichik hasn’t promoted QAnon, it does make a certain sense that she would give an interview to one of its followers. Much like Raichik, QAnon followers are obsessed with pedophilia, as they believe that a cabal of Satanists who molest children and eat their flesh controls the world.

QAnon adherent Lorraine, a former InfoWars host and failed political candidate who ran against Rep. Nancy Pelosi (D-Calif.), has promoted a wide variety of conspiracy theories over the years.

Last fall, she made headlines for suggesting that the deep state created Hurricane Ian to target Florida. She’s also claimed the deep state was behind the Surfside, Florida condo collapse.

She once said that the Masked Singer may have been created to “condition the public” to wear masks during the COVID-19 pandemic.

When former President Donald Trump contracted COVID, Lorraine wondered whether it could “technically be viewed as an assassination attempt on our President by the Chinese?”

She’s also shared false information about widespread fraud in the 2020 election. Lorraine was so convinced of Trump’s lie that the election was stolen that she traveled to Washington, D.C. for the Capitol riot.

She said that she got “teargassed about 10 times” there and posted an uncredited photo from the thick of the crowd on Telegram. Lorraine initially proudly said of the riot “American patriots did this” but later changed her tune to claim it was a “false flag.”

As the Daily Dot previously reported, Raichik also attended the Capitol riot. Neither is among the hundreds who’ve been charged with crimes associated with the insurrection attempt.

Raichik continued her media tour this week with a stop on the more mainstream right-wing radio show hosted by Joe “Pags” Pagliarulo.