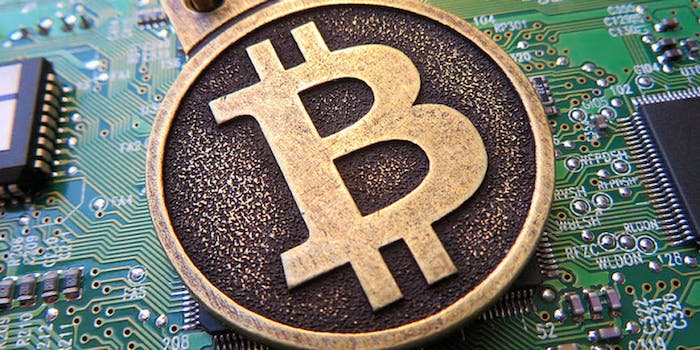 The Bitcoin market went into a panic Thursday over the possibility of a "51 percent attack."

Panic loomed in Bitcoin land on Thursday after the community’s largest mining operation, GHash.IO, approached half of all computing power in the system, the limit of the cryptocurrency’swell-documented fatal flaw.

If any one mining pool commands the majority of the market—the dreaded so-called “51 percent attack”—the integrity of the system becomes compromised, since the act of mining is how new transactions are processed. An attack like this can therefore essentially hijack the currency by controlling how consensus is reached.

This would theoretically allow the individual or group to spend money that they didn’t have or that wasn’t theirs, known as “double-spending,” among other potential abuses, some of which could go undetected. In such an event, even the mere possibility of abuse would undermine trust, and the resulting panic could cause Bitcoin to collapse.

The online Bitcoin community understandably lost its shit. “LEAVE GHASH,” implored one user in a post on Reddit’s Bitcoin community, home to nearly 100,000 members. Numerous other posts that shared this sentiment littered the subreddit’s front page, including one noting that GHash had successfully solved 42 percent of new blocks in the last 24 hours. “The network health of Bitcoin is awful,” wrote another. “The 2 largest pools comprise 60% of the network.” In other words, the owners of those pools could team up and instantly take over the market. 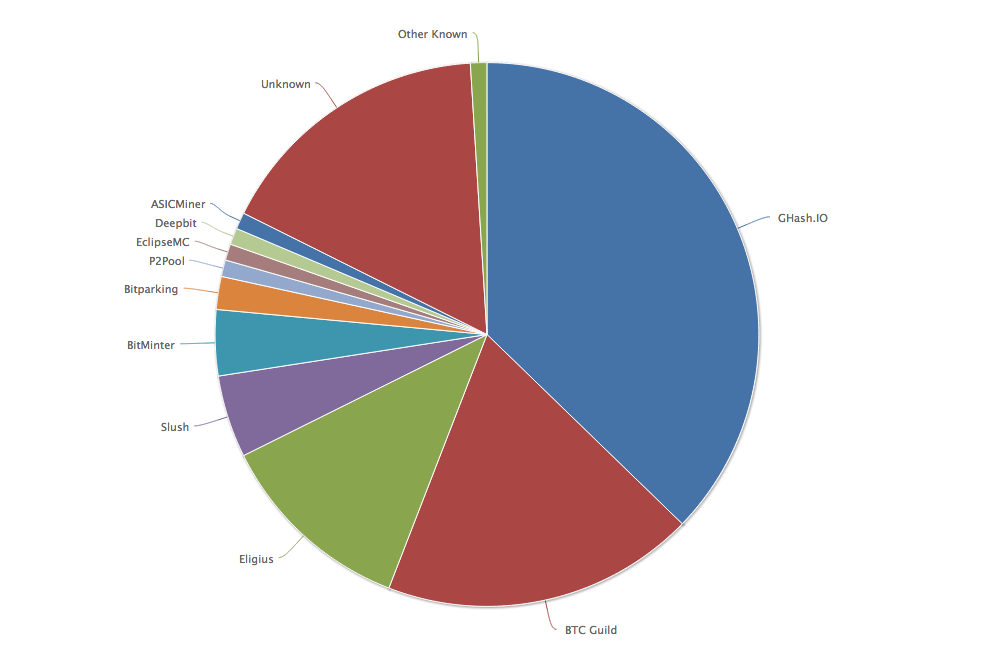 The distribution of Bitcoin difficulty hashrate. GHash.IO and BTC Guild together command more than half of all mining computing power. Via Blockchain.info

Users over at BitcoinTalk—the original Internet HQ for crypto-coin discussion—were similarly distressed, with some people pointing out that the system’s most powerful mining pool had been accused of double-spending in the past (though those allegations are far from concrete).

The fiasco “opens a whole new can of worms that people just don’t want,” said Yifu Guo, a long-time Bitcoin insider and one of the creators of the first consumer ASIC-based computer miner. “Inherently, the situation creates possibility of evil-doing.”