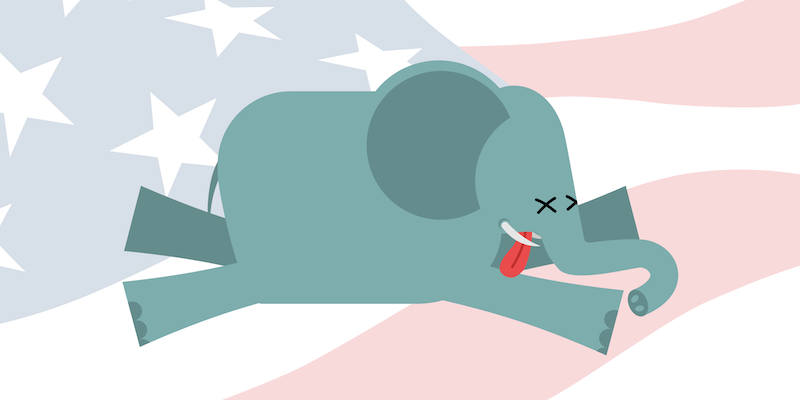 As lawsuits fail and advisers depart, it’s becoming increasingly obvious to any unbiased observer that President Donald Trump’s efforts to overturn the 2020 election are in a death spiral.

Not only has he been entirely unsuccessful in the courts, but he also hasn’t been able to build up a groundswell of support to keep him in office. All that’s left are the true believers and the ones trying to make a quick buck. Often, it’s hard to tell the difference as grift has been an essential component of support of Trump, but with either their God Emperor or cash cow about to officially lose, they are becoming increasingly frantic.

Case in point, the Arizona GOP, the official branch of the Republican party in the Copper State, has asked its followers if they are willing to die for Trump’s lawsuits, literally asking on Twitter Monday night: “Are you?”

The party was quoting Trumpworld hanger-on Ali Alexander, who has said he’s willing to give his life for his fight. Which, in a democracy, isn’t really the case. When a party is declaring you die for it over the country, its warped ideals become obvious.

It didn’t just stop there. The Arizona GOP Twitter account has apparently called for armed insurrection as well, sharing a clip from the fourth Rambo movie calling on its supporters to die for something.

Both odd and frightening, but in Arizona, apparently normal. Last month, Rep. Paul Gosar (R-Ariz.), who represents the state in Congress, called on Trumpsters to handle the election like the Japanese long after World War II was over—refusing to surrender and fighting to the death.