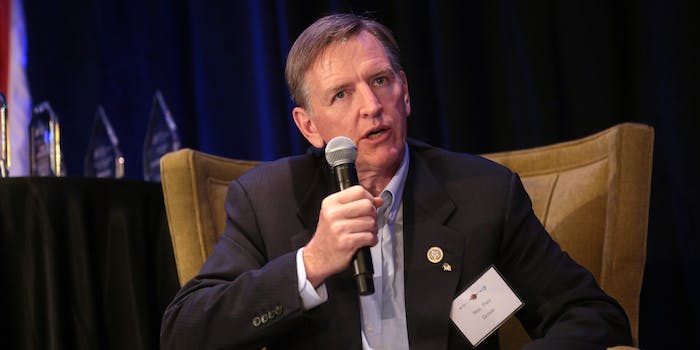 Paul Gosar points to a Japanese soldier who kept fighting after WWII while discussing Trump's loss.

Rep. Paul Gosar (R-Az.) compared himself to a Nazi ally on Monday while arguing that the war against President Donald Trump’s election loss must continue indefinitely.

Gosar, a legislator who has amplified the QAnon conspiracy theory in the past, pointed to an infamous Japanese soldier who refused to admit defeat after World War II while encouraging fellow Trump supporters to keep fighting to overturn the results of the 2020 presidential election.

“The America First agenda is just in its infancy. There are 75 million of us,” Gosar tweeted. “Also. Did you know some Japanese soldiers kept fighting for decades after the war?”

But the tweet—which points to a Wikipedia article about Teruo Nakamura, a soldier who refused to surrender until more than three decades after WWII ended—was met with both widespread condemnation and ridicule.

“A Republican congressman is using Japanese soldiers who fought for decades after World War Two ended as a *positive* comparison for himself,” @KFILE wrote.

Others questioned why Gosar and other Trump supporters are seemingly so captivated by nations and ideologies that were defeated by America.

Given that some Japanese soldiers hid out in the wilderness for years, numerous Twitter users argued that Gosar and others should do the same.

So, dying alone on remote islands while the rest of the world moves on,” @TheRealHoarse said. “Weird flex but okay.”

Gosar’s replies were filled with similar remarks from those that noted how out-of-touch his tweet actually was.

“You’re really inpired [sic] by nazi allies who wasted their lives on a hopeless cause aren’t you,” @ClenchedFisk said.

Gosar eventually responded by lashing out at a user who pointed out that he had expressed admiration for actual fascists.

Despite being mocked all across the platform, Gosar has seemingly declined to remove his initial tweet.