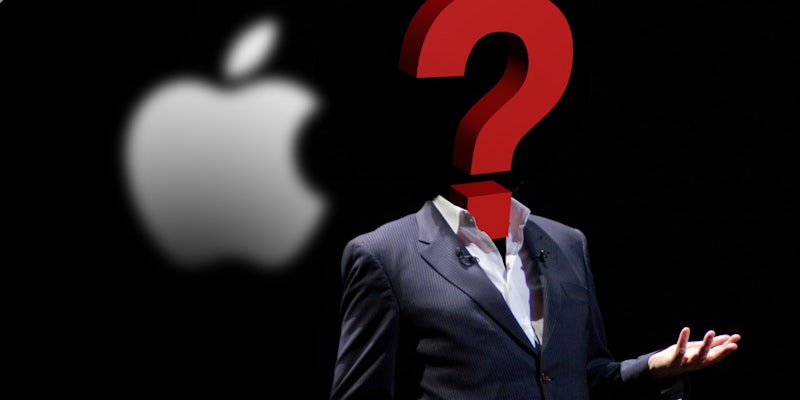 Apple was set to unveil a host of new products today at the Flint Center in Cupertino, Calif., including new iPhones and their first wearable watch-like product. But just as the event got underway, Apple’s official live stream collapsed under the intense amount of traffic.

As reporters continued to tweet away about the new iPhone 6 and iPhone 6 Plus, tech journalist, pundits, and Apple fans around the world wondered what was happening in the room and what cruel god was preventing them from watching it.

is this the new iPhone 6? pic.twitter.com/JSe08nVySz

“It just works” NOT the #AppleLive stream.

It’s great that Apple incorporated tweets into their live event page because Twitter is working.

For the first half hour of the keynote, when the livestream did sporadically work, viewers were treated to a woman dubbing the dialog in Chinese.