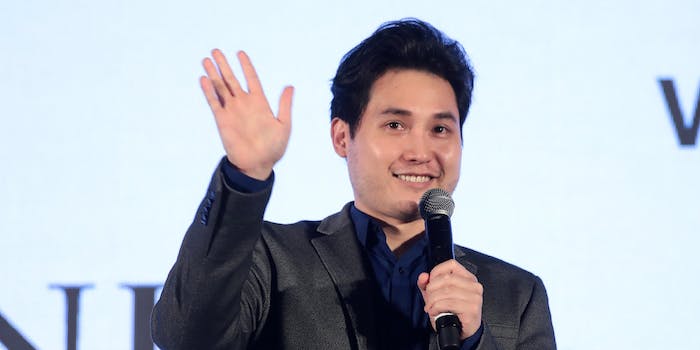 The right-wing commentator claims threats from 'antifa' spurred the decision.

In an interview published by Fox News on Monday, Ngo, the editor-at-large for the right-wing outlet the Post Millennial, stated that he left the country earlier this year due to “an escalation of safety concerns.”

“It was just not safe anymore for me,” Ngo said. “I had already been on borrowed time.”

Ngo has made a name for himself among conservatives for his coverage of left-wing protests. Critics point to Ngo’s history of manipulating media and spreading misinformation.

In a tweet regarding the interview, Ngo suggested that he had no choice but to leave after left-wing activists “tried to kill me” but did not provide further details. Ngo did not mention which country he allegedly moved to either.

Unsurprisingly, Ngo’s alleged departure has been met with relief by his fans and celebration by his detractors on social media.

Ngo shot to prominence following the election of President Donald Trump and became a household name after being attacked by alleged left-wing activists during a 2019 rally in Portland, Oregon.