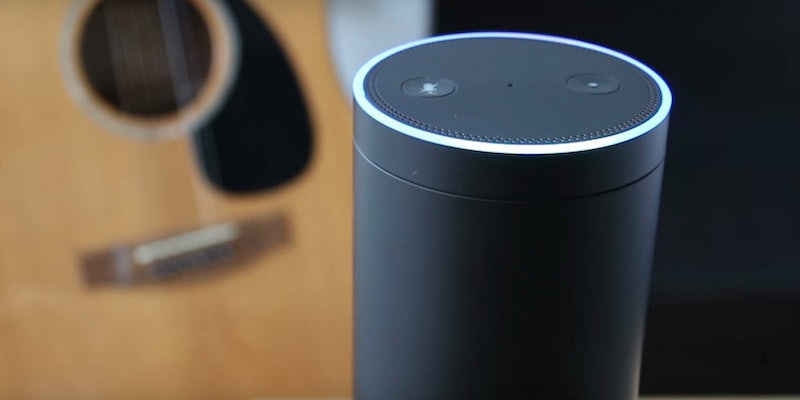 Alexa has a voice. Now she could have a brain.

The online marketplace is developing its own proprietary artificial intelligence (AI) chip designed to make Alexa respond faster to commands, sound more natural, and work without sending data to a server, the Information reports, citing a person familiar with Amazon’s plans. By relying less on the cloud, Alexa would respond by processing requests locally using built-in intelligence, an improvement that could make it seem like you’re having a normal conversation with the assistant.

When you ask current-gen Echo speakers a question, they package that request into data and send it to the cloud where it gets processed and sent back. That communication relies on a good connection and could still take several seconds. With a physical AI processor, Echo devices can respond to requests immediately without needing to contact a remote server. Right now, the Echo only has a processor strong enough to play music, blink lights, and recognize its own name. In a way, a dedicated AI chip gives the Echo a brain when, before, it only had a voice.

The move would be a response to its competitors: Apple, Samsung, and Google, all of which have created and deployed their own artificial intelligence chips in recent years. Apple hasn’t been shy about its goal to produce more of the internals powering its devices. The company ditched its long-time GPU producer last year to create the in-house graphics chips found in the iPhone 8 and iPhone X. Additionally, located inside its mobile A11 processor is what Apple calls the Neural Engine, a feature that accelerates AI processes on new Apple smartphones. It’s similar to the Tensor Processing Unit Google announced in 2016, the platform it used to defeat Lee Sedol, the world’s greatest Go player.

It’s not clear when Amazon will start working on its own AI processors, but it has spent the past few years gaining the expertise to do so. In 2015, the company purchased Israeli chipmaker Annapurna for $350 million. And just a few months ago, it purchased smart doorbell and camera startup Blink. There are now more than 450 employees at Amazon who have a background in chipmaking.

A custom chip could be a hammer blow to chipmakers like Intel and Nvidia who Amazon has relied on in the past. Both companies have shifted their focus to AI and designing chips for third-party manufacturers like Apple and Amazon.

Smart speakers have found their way into millions of homes since Amazon released the first-generation Echo in 2014. Now, one in every six Americans owns a voice-activated speaker, according to research from NPR and Edison Research.